UP held a secret investor conference in Chennai. Govt – MoU for Rs 10,000 crore in one day 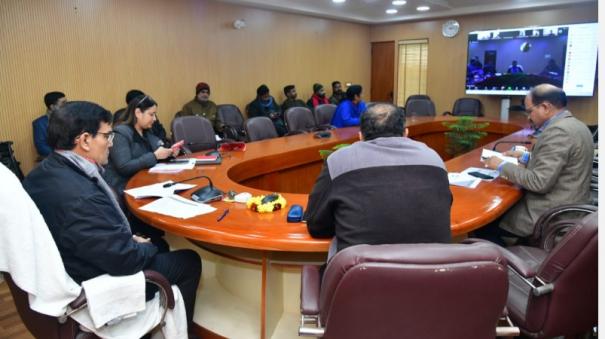 New Delhi / Chennai: Investors conference was held in Chennai on behalf of Uttar Pradesh Government for the last two days. With the help of Federation of Indian Chamber of Commerce and Industry (FICI), U.P. The government has conducted this conference. 500 entrepreneurs participated in this conference. MoUs worth Rs.10,000 crore have been signed.

After the BJP government came to power for the second time in UP, industrial development activities have intensified in the state. In an effort to attract domestic and foreign investment, UP Chief Minister Yogi Adityanath has stepped down. As part of this, on February 10, 11 and 12, UP An International Investors Conference is going to be held in the capital Lucknow.

Foreign investors are also invited to this conference. UP in more than 20 countries The government is holding an investor meeting. Foreign companies are expected to invest Rs 50,000 crore in UP in the coming years.

To attract investments from important states in India, UP will hold large-scale investor conferences in respective states. Government is conducting.

Chennai Conference: In view of the international conference to be held in February, UP. The government organized an Investors’ Conference in Chennai on 9th and 10th with the help of the national trade organization FIKI. 500 people from small and micro entrepreneurs to big businessmen of Tamil Nadu participated in this conference.

UP Finance Minister Suresh Khanna, Minister of State for Social Welfare Asim Arun, Minister of State for Small and Medium Industries Amit Prasad, Industries Secretary Anil Sagar inaugurated the conference in UP. Conducted on behalf of the government. Along with them, M. Devaraj, Principal Secretary of Power Board, and C. Senthilpandian, Commissioner of Prohibition and Ayatirvai, who are Tamils ​​serving as senior IAS officers in UP, played an important role.