UP joins Samajwadi Party Minister: A setback for the ruling BJP in the run-up to the elections 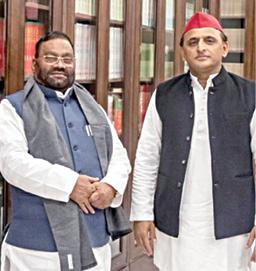 New Delhi: The date of Assembly elections for 5 states including Uttar Pradesh and Punjab has been announced. Swami Prasad Maurya, who is considered to be the main leader of the BJP in this context, met Akhilesh Singh Yadav yesterday and joined his Samajwadi Party.

He was in charge of the labor department as a cabinet minister and had earlier resigned as a minister. This is seen as a setback for the ruling BJP.