Urgent.. Al Ain defeats Al Dhafra and stands only 3 points away to crown the League Shield 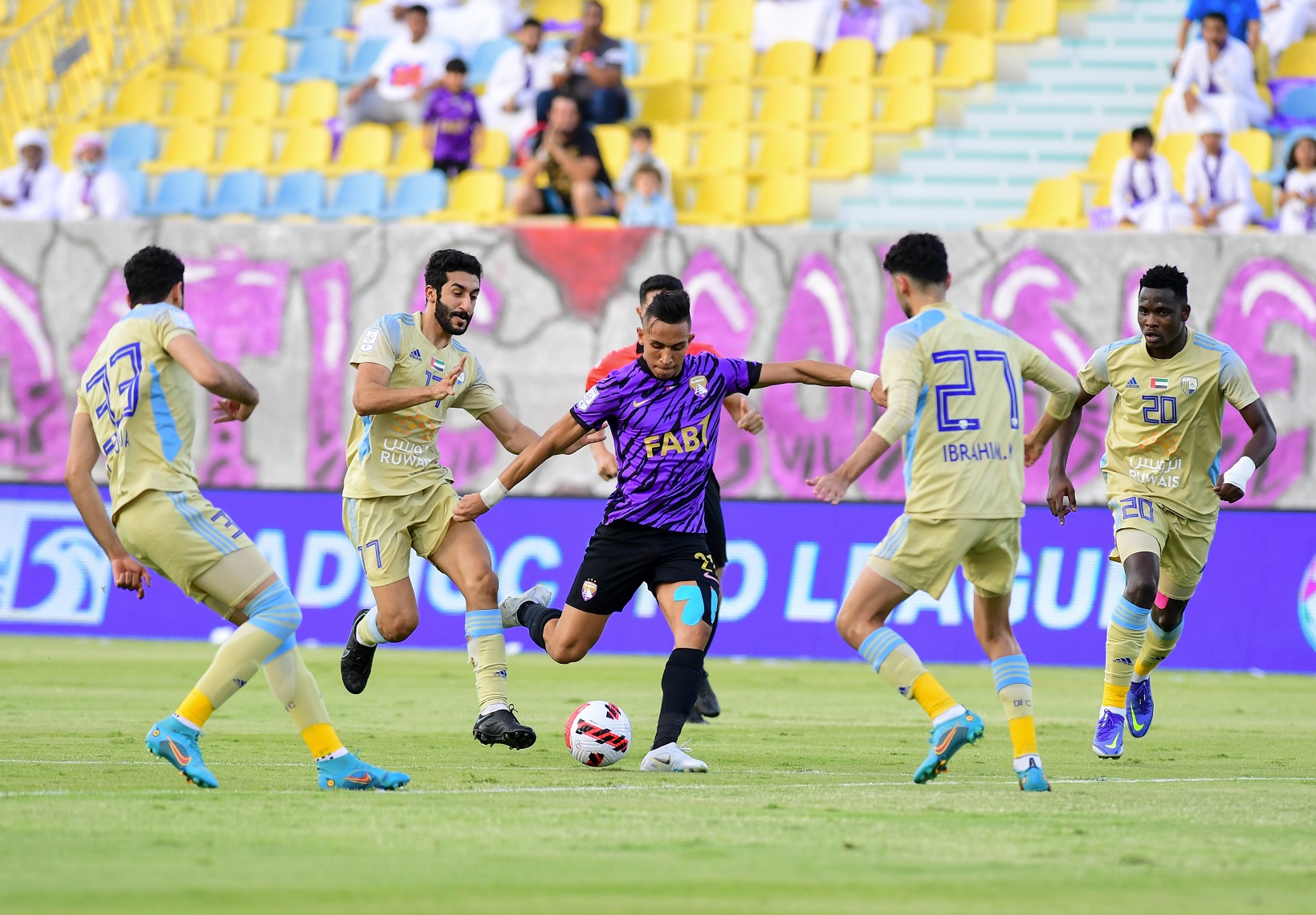 Al Ain team approached crowning the ADNOC Professional Football League title for the fourteenth time in its history, after its valuable victory away from home this evening at its host Al Dhafra with a clean goal in the 22nd round of the competition, to raise its score to 55 points, 10 ahead of its competitors Al Wahda, Al Jazira and Sharjah respectively before 4 rounds from the end.

And the “leader” is now enough for him to win his next match against Al-Jazira, scheduled for the Hazza Bin Zayed Stadium, next Wednesday evening, to officially guarantee the crowning of the title before the end of the season and without waiting for the rest of the matches of the clubs competing with him for the title.

The “Violet” had received a precious gift, with Sharjah’s victory over Al-Wahda “Al-Wasif” 2-1 on Friday evening, which gives Al Ain players the opportunity to play the Al Dhafra match with calm nerves, despite the numerical shortage, as the team lacked the services of its Togolese international striker Laba Kodjo due to the suspension.

The international Caio Canedo scored the game’s only goal in the 30th minute from a header that played the role of his absent colleague Lapa Kodjo to give his team three important points that enabled him to continue in the lead and expand the difference to 10 points.

The fatigue was evident on the performance of Al Ain players, as a result of the great effort they made in the League Cup final against Al-Ahly youth in the match that the team won by penalty shootout to crown the title.