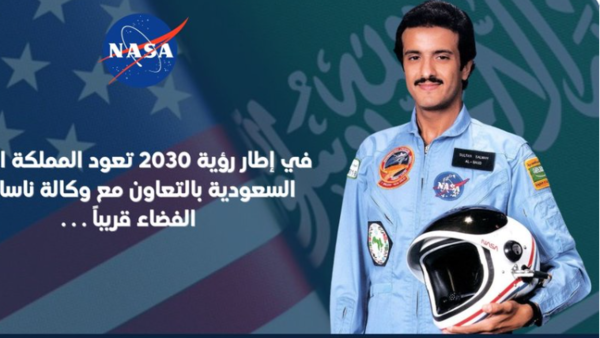 The US Embassy in Riyadh revealed the existence of cooperation between Saudi Arabia and NASA, to return to space in the near future, within the framework of the Kingdom’s vision 2030.

The embassy celebrated the 37th anniversary of the landing of the American space shuttle Discovery at Edwards Air Force Base in California, after a 7-day trip, which was among its astronauts, Prince Sultan bin Salman, as the first Arab Muslim to fly on this flight in 1985 AD.

On June 23, the late King Fahd bin Abdulaziz made a phone call to astronaut Prince Sultan, which lasted for a few minutes, which was broadcast by television networks in the Kingdom and in the Gulf Cooperation Council countries.

Shuttle Discovery landed on June 24 at Edwards Air Force Base in California after a flight of 7 days, 1 hour and 38 minutes, during which the shuttle orbited 111 times.