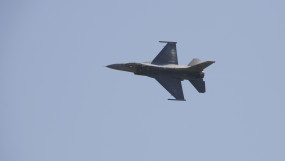 Digital Desk, Washington. The US has maintained a neutral silence over India’s concerns over the proposed sale of F-16 parts and services to Pakistan. Indian officials in a readout issued by US Defense Secretary Lloyd Austin’s phone call with Defense Minister Rajnath Singh on Wednesday No mention was made of the concern raised by It talked about normal relations and a broader future framework for discussion and cooperation.

Rajnath Singh noted in a post on Twitter that he had expressed India’s concern over the recent US decision to provide a package for Pakistan’s F-16 fleet. Sales and services for the 16S fleet have been provided for $450 million, which is approximately 75 by one count. Congress was informed about the proposal late last week and has 30 days to object.

The US has said the sale does not include new capabilities, is part of a long-term policy of providing lifecycle maintenance and stability packages for US-origin platforms, and will not alter the basic military balance. To support counter-insurgency measures and the US expects Pakistan to take sustained action against all terrorist groups.

But Pakistan does not use its F-16 aircraft only for counter-terrorist operations. It used them against India like it was used in aerial combat with Indian Air Force aircraft in February 2019.

Rajnath Singh finally explained New Delhi’s uneasiness with the F-16 sales and services deal in the call with Austin. In 2016, India more vigorously and promptly opposed the Obama administration’s proposal to sell eight F-16s to Pakistan, which was eventually rejected by the US Congress.

Austin also congratulated Rajnath Singh on the commissioning of India’s first indigenously built aircraft carrier INS Vikrant. The two sides reaffirmed the centrality of the US-India defense partnership to their shared vision for a free and open Indo-Pacific region .