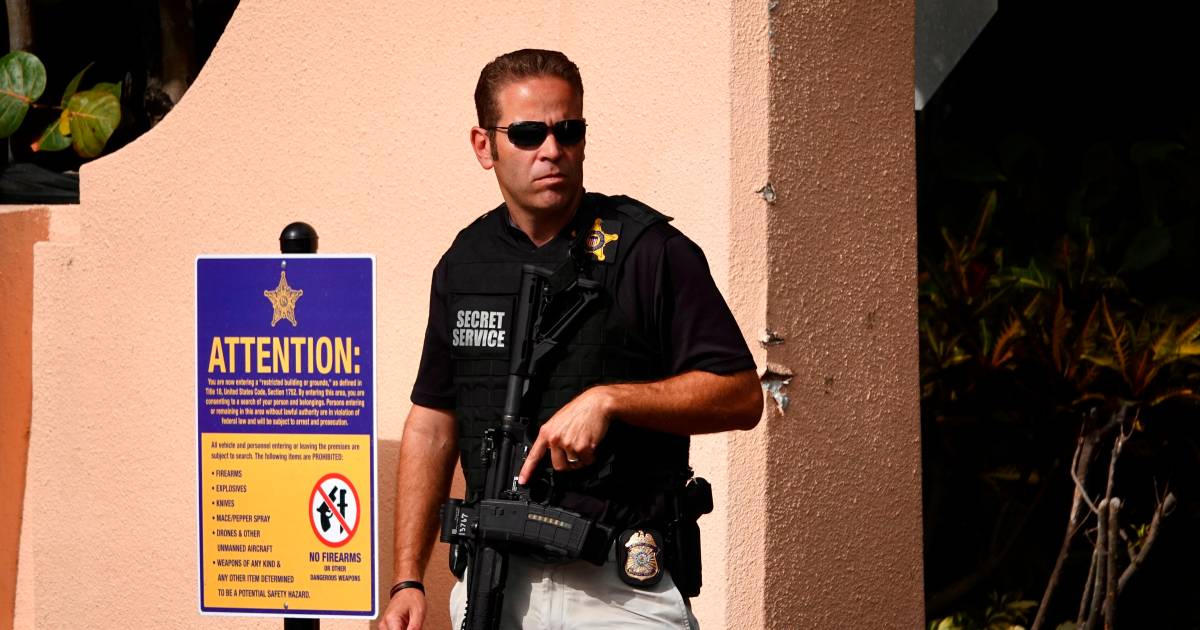 UPDATEAttorney General Merrick Garland has made his first public comment on the FBI’s crackdown at former President Donald Trump’s home in Florida. He defended the search of Mar-a-Lago, emphasizing that he himself had been informed and agreed to the search in advance.

The search of dozens of FBI agents two days ago has caused a stir. Congressional elections are less than three months away and Trump is considering running for the 2024 presidential election. He says it is yet another move by the partisan federal justice system to eliminate him politically. There are more than ten cases against him.

Garland said he was unable to provide any further information at this time about the nature of the investigation and search. He did, however, express his horror at the ‘unjustified’ wave of criticism of the federal police after Monday’s raid.

Text continues under the photo

So did FBI Director Christopher Wray yesterday. According to him, the FBI, its agents and also Garland, for example, have received numerous hate messages and threats from Trump supporters since the search. During a visit to an FBI office in Omaha, Nebraska, Way called the threats “deplorable and dangerous.”

Text continues under the photo

Coincidence or not, the FBI announced today that an armed man attempted to raid an agency’s office in Cincinnati, Ohio. The suspect, who was carrying an assault weapon, fired a nail gun into the building in the morning. He then fled while officers gave chase.

Officers quickly closed the highway in both directions and placed the area in lockdown. In a statement, the police said that there was a gunfight with a male suspect, who was wearing a gray T-shirt and a bulletproof vest.

At around 12:30 p.m. local time (6:30 p.m. Dutch time), the FBI announced that the suspect had been detained, but could not yet be arrested. It was later revealed that the man had been wounded in a firefight and that he had died from his wounds. Nothing is known about his motive yet.

NBC News reports that the suspect was armed with an AR-15-style semi-automatic rifle and fired an alarm pistol inside the FBI building. According to an NBC News reporter, the man took part in the storming of the Capitol on January 6, 2021.

The FBI raid on Trump’s home allegedly involved material Trump allegedly took to Mar-a-Lago when he left the White House. knew that The New York Times soon after the search. The US Department of Justice has been investigating the discovery of a number of boxes of classified information at Trump’s Mar-a-Lago residence for some time. The National Archives reported in February that fifteen boxes of confidential documents had been found in the resort.

Trump delayed returning the boxes to the National Archives for months, only doing so after threats of action. According to The New York Times During his presidency, Trump was known for tearing up official documents that were supposed to go to government archives.