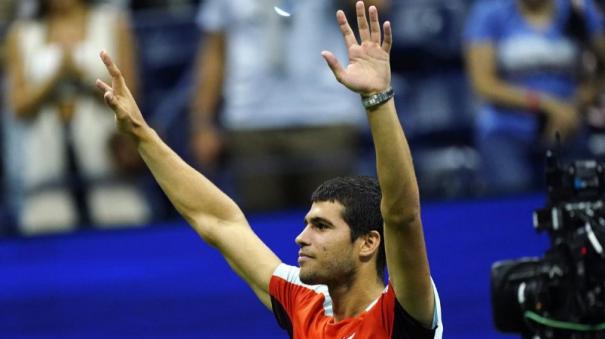 New York: 19-year-old Spaniard Carlos Algaraz has won the men’s singles title of the current US Open tennis series. This is his first Grand Slam title.

He was playing against Norway’s Casper Rudd in the final at the Arthur Ashe Arena in New York City, USA. He won the final 6-4, 2-6, 7-6 (1), 6-3. With this, he has taken the first place in the men’s tennis category at the international level.

Carlos Algarz has become the youngest player to top the ATP rankings since 1973. Since 2020, Nadal, Djokovic, Medvedev and Algaraz have topped the tennis rankings.

After winning the singles title, he fell on the tennis court and covered his face with his hands and rolled on the floor to express his joy. He was also happy to hug Rudy from the front.