US Open Grand Slam Tennis: Nadal advances to 4th round 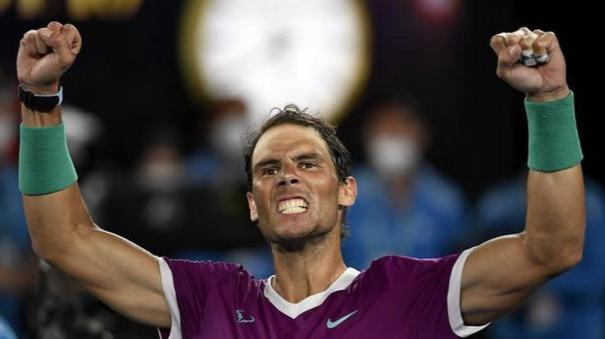 Spanish player Rafael Nadal has advanced to the 4th round of the men’s singles division of the US Open Grand Slam tennis tournament.

The American Open tennis tournament, one of the Grand Slam tournaments, is being held in New York City. Yesterday, in the men’s singles 3rd round match, Rafael Nadal, the world record holder who won 22 Grand Slam titles, and the second ranked player in the world, played against France’s Richard Gasquit. In this, Nadal easily won in straight sets of 6-0, 6-1, 7-5 and advanced to the 4th round.

Both players fought hard to win the first set. But Marin Cilic won the first set after a tough fight. But D.Evans won the 2nd set. After this, Marin Cilic, who played well in the 3rd and 4th sets, d. beat Evans. Then Marin Cilic progressed to the 4th round.

Poland’s Ika Swiadek edged American Lauren Davis 6-3, 6-4 in the third round of the women’s singles. Azarenka of Belarus, Czech. Republic player Karolina Pliskova has also won her 3rd round matches.

Top seed Garbine Mukuruja suffered a shock defeat in another 3rd round match. The Spaniard defeated Czech in the third round 7-5, 3-6, 6-7 (10-12). The republican lost to Petro Kvitova and exited.