US Open Tennis – Carlos Algarz wins after more than 5 hours 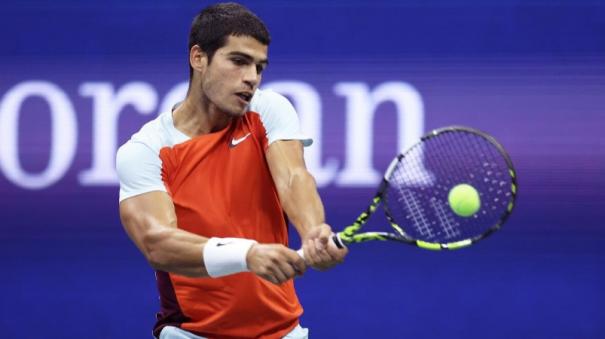 New York: Carlos Algaras of Spain battled for 5 hours and 15 minutes to advance to the semi-finals of the men’s singles of the US Open tennis series by defeating Jannik Sinner. In the women’s category, top seed Ika Swiadek of Poland advanced to the semi-finals.

This record has now been broken. In the 4th round match held last week, Alcazar defeated Croatia’s Marin Cilic after a 4-hour fight. The 5-set match ended at 2.23 am.

19-year-old Algaraz will face 22nd-ranked Francis Tiafoe of the United States in the semi-finals. Frances Tiafoe, who stunned Rafael Nadal in the 4th round, faces 9th seed Andrey Rublev of Russia in the quarter-finals. Francis Tiafoe won the match 7-6 (7-3), 7-6 (7-0), 6-4 in 2 hours and 36 minutes. This is the first time Francis Tiafoe has qualified for a Grand Slam semi-final.

Iga Sviatek: In the women’s singles quarter-finals, top seed and French Open champion Ika Swiadek of Poland took on eighth seed Jessica Pegula of the United States. Iga Sviatek won in straight sets 6-3, 7-6 (7-4) in the match which lasted one hour and 53 minutes and advanced to the semi-finals.

This is the 3rd time Sviatek has reached the semifinals of a Grand Slam tournament. 21-year-old Ika Sviatek will face sixth seed Arina Sabalenka of Belarus in the semifinals. Aryna Sabalenka defeated 22nd seed Karolina Pliskova of the Czech Republic 6-1, 7-6(7-4) in the quarter-finals.