US Open Tennis | Djokovic withdrew due to lack of vaccinations 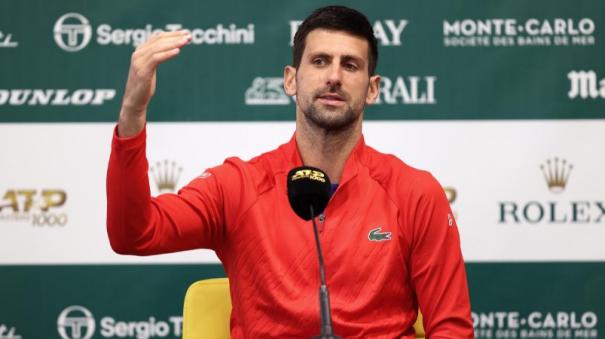 Three-time champion Djokovic has pulled out of the US Open. It seems that he is out of the series as he has not been vaccinated against Corona.

Djokovic, 35, hails from Serbia. So far, he has won 21 Grand Slam titles in men’s singles. His most recent Grand Slam victory was at the Wimbledon Championships last July. In this case, he said that he could not participate in the US Open series. He tweeted about this.

“This time I could not travel to New York to play in the US Open. Thank you to my supporters and fans who have given me love and support through messages. My best wishes to my fellow players who are participating in this. I am looking forward to the next time I hit the tennis court. Until then I will stay fit and positive. See you on the field very soon,” he tweeted.

Sadly, I will not be able to travel to NY this time for the US Open. Thank you #NoleFam for your messages of love and support. Good luck to my fellow players! I’ll keep in good shape and positive spirit and wait for an opportunity to compete again. See you soon tennis world!

People who have not been vaccinated against Corona have been denied entry into the United States. It seems that Djokovic is not participating in the current US Open series because of that. Earlier, he was also denied entry to the Australian Open last January for not being vaccinated.

He took legal action in the matter. However, he was unable to participate in the series from Australia. Then it got global attention. Now he has missed the US Open again due to the same vaccine issue. But this time he didn’t point it out.