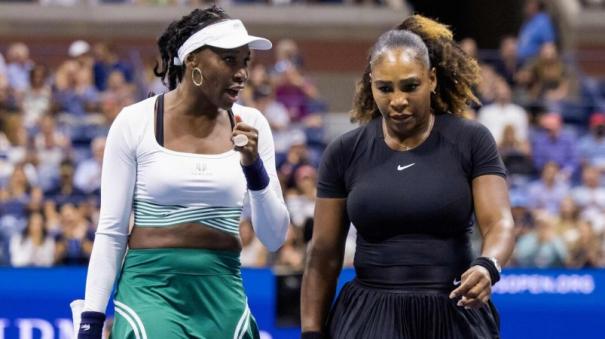 26th seed Victoria Azarenka of Belarus defeated Ukraine’s Marta Kostyuk 6-2, 6-3 in a women’s singles second round match. At the end of the match, Marta Kostyuk walked away, not shaking hands with Azarenka, but only with the referee. It is customary to shake hands with each other at the end of any game. It is also seen as a great sense of sport. However, Marta’s actions have become a subject of debate.

In the first round of women’s doubles, American sisters Venus Williams and Serena Williams lost 6-7 (5-7), 4-6 to Czech Republic’s Lucie Hradecka and Linda Noskova in straight sets. The Williams sisters have won 14 Grand Slam titles and 3 Olympic golds. Since last 2018, they have not played together in the doubles category, but now they have again entered the field as a pair.

Australia’s Nick Kyrgios defeated France’s Benjamin Ponzi 7-6(3), 6-4, 4-6, 6-4 in the men’s singles round 2. Kyrgios spat near the players’ box during the match. He also lashed out at a fan standing in the gallery with inappropriate words. Following this, the tournament organizers fined Nick Kyrgios Rs 5.96 lakh. This is the highest fine ever imposed.

Rafael Nadal was leading 3-0 in the 4th set of the 2nd round when he returned the ball aggressively against Fabio Fogni. Then his tennis bat hit the ground fast and hit him in the nose. This resulted in injury and bleeding. After immediately receiving treatment for the injury, Nadal went on to win the match.