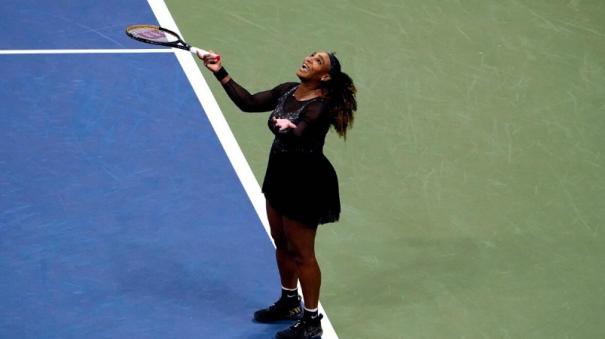 New York: Serena Williams of the United States advanced to the 3rd round of the US Open tennis series.

Russia’s top seed Daniil Medvedev takes on France’s Arthur Rinderkneck in the men’s singles 2nd round of the tournament in New York City, USA. In this, Medvedev won in straight sets 6-2, 7-5, 6-3 and advanced to the 3rd round.

605th-ranked Serena Williams of the United States takes on No. 2-ranked Anett Hondavit of Estonia in the second round of women’s singles. In this match which was held for 2 hours and 27 minutes, 40-year-old Serena Williams advanced to the 3rd round by winning 7-6(4), 2-6, 6-2. Daria Snikur of Ukraine lost to Canada’s Rebecca Marino in straight sets 3-6, 6-7.