US Secretary of Defense meets with Rajnath: Commitment to enhance military cooperation 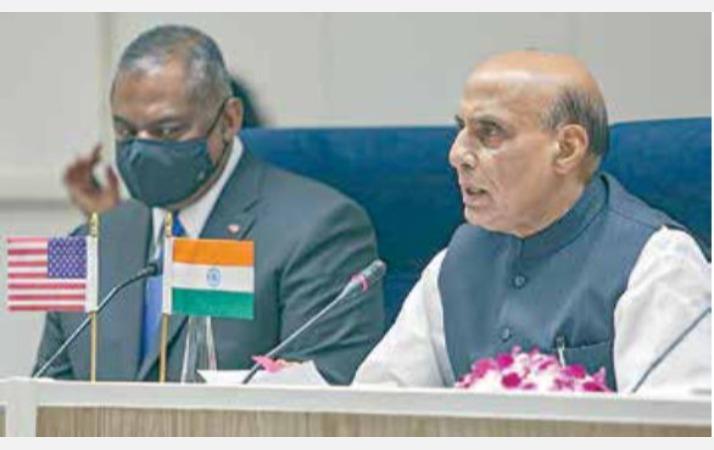 US Secretary of Defense Lloyd Austin He is on a three-day state visit to India. Austin is the first senior minister to visit India since Joe Biden took office as US President.

Minister Austin was received at the Delhi Bridge Airport yesterday by Indian Army officials and US embassy officials. Following this, he met Prime Minister Narendra Modi. They discussed in detail the development of bilateral relations and the establishment of peace and stability in the Asia-Pacific region.

Meanwhile, Union Defense Minister Rajnath Singh is in his office Lloyd Austin Met yesterday. The meeting lasted for more than an hour. After that, the two leaders held a joint press conference. Then Rajnath Singh Said:

We discussed in detail the existing security and military relationship between India and the United States. Increasing communication between the two armies; Discussions were also held on enhancing collaboration beyond collective training.

Stability in the Asia-Pacific region is essential for world peace. To this end, it has been decided to further enhance the existing Indo-US cooperation in the region. Similarly, India has decided to increase cooperation with the US military in the Pakistan-Afghanistan and African regions. Thus Rajnath Singh Said.

US Secretary of Defense Lloyd Austin He said, “It was decided at this consultative meeting to improve the security relationship between the United States and India. President Joe Biden considers security cooperation with India very important. We will achieve this goal by improving relations between the two armies. ”

During the meeting, Rajnath Singh and Lloyd Austin discussed in detail China’s encroachment on the Ladakh border and its attempt to dominate the South China Sea, defense sources said. However, the ministers of the two countries did not inform the press about this.

Previous articleQatari women lag far behind young men in higher education
Next articleCorona on the rise in 8 states including Maharashtra, Kerala, Punjab, Gujarat and Tamil Nadu: Ministry of Health