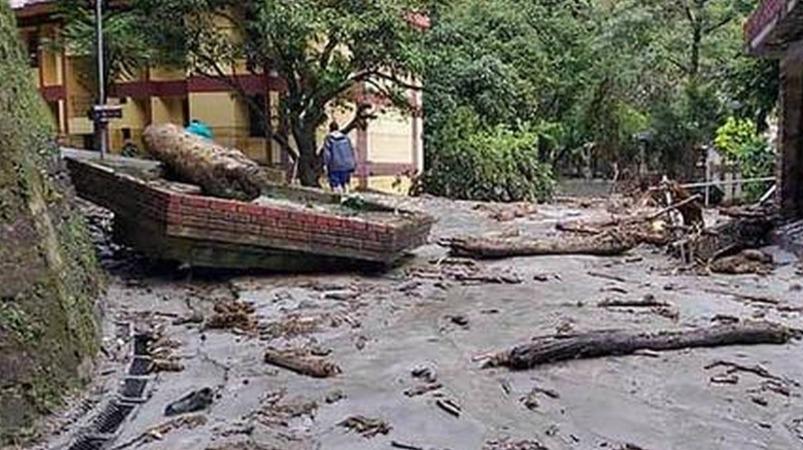 Extreme levels of flood danger were announced in Uttarakhand today Number Has risen to 16.

Depression has been raging in the southeastern Arabian Sea for the past 10 days. Due to this it is widespread in Kerala Rain Came pouring. It has been raining heavily for the last few days due to cloudburst. Out of the total 14 districts in Kerala, 11 districts have been severely affected by the rains.

At this stage Uttarakhand Heavy for the last 2 days in the state Rain It is pouring. In many parts of the state Flood Surrounded. In rivers with rising water levels due to heavy rains Flood Overflowing.

#WATCH | Uttarakhand: Locals present at a bridge over Gaula River in Haldwani shout to alert a motorcycle rider who was coming towards their side by crossing the bridge that was getting washed away due to rise in water level. Motorcycle rider turned back & returned to his own side pic.twitter.com/Ps4CB72uU9

Most of the dams in the state are overflowing. Thus leaving extra water open. Roads are cut off. Tourists have been unable to return to their hometowns due to landslides in various places.

At least 16 people have been killed in floods caused by torrential rains. Many more are missing. Lake Nainital overflows.

#WATCH | An under construction bridge, over a raging Chalthi River in Champawat, washed away due to rise in the water level caused by incessant rainfall in parts of Uttarakhand. pic.twitter.com/AaLBdClIwe

The bridge, which was built on the banks of the Chaldi River, was washed away. A car, which was inside, got stuck between the rocks.

Uttarakhand Rain And Prime Minister Modi telephoned Chief Minister Pushkar Singh to inquire about the flood situation. The Prime Minister then promised that the Central Government would provide all necessary assistance to the state.