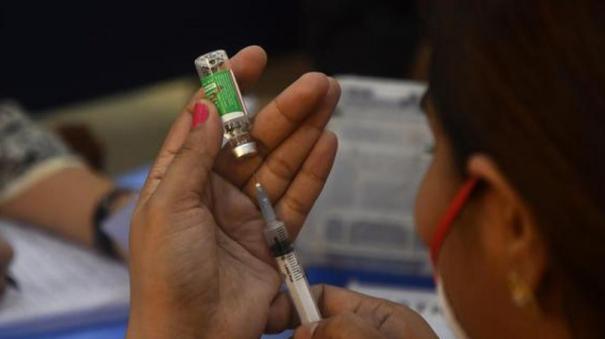 Schools are being reopened in several states while corona exposure is on the rise in some states across the country. In this context, the Union Health Minister Mansuk Mandavia held a review meeting yesterday. In this he discussed with the state health ministers.

Then Minister Mandavia said: The corona virus infection is not over yet. It is necessary to be vigilant as the corona vulnerability is increasing in some districts and states. Most school children need to be vaccinated. The booster vaccine for the elderly should also be given more frequently.

Corona virus genetic testing should be strengthened. The infection can be detected at an early stage by increasing the test and doing it in a timely manner. This will help control the spread of the disease.

The 5-point strategy of testing, monitoring, treatment, vaccination, and precautionary rules should be followed. Thus said the Minister.

The meeting also stressed the need for states to adopt a new surveillance strategy that could focus on tracking international travelers.

According to figures released by the Union Ministry of Health yesterday morning:

The daily positive rate in the corona test is 3.24 percent and the weekly positive rate is 2.21 percent. More than 193.53 crore doses have been administered so far in the nationwide corona vaccination drive. A further 13.81 crore doses are in the possession of states and union territories. Thus, the Ministry of Health said.