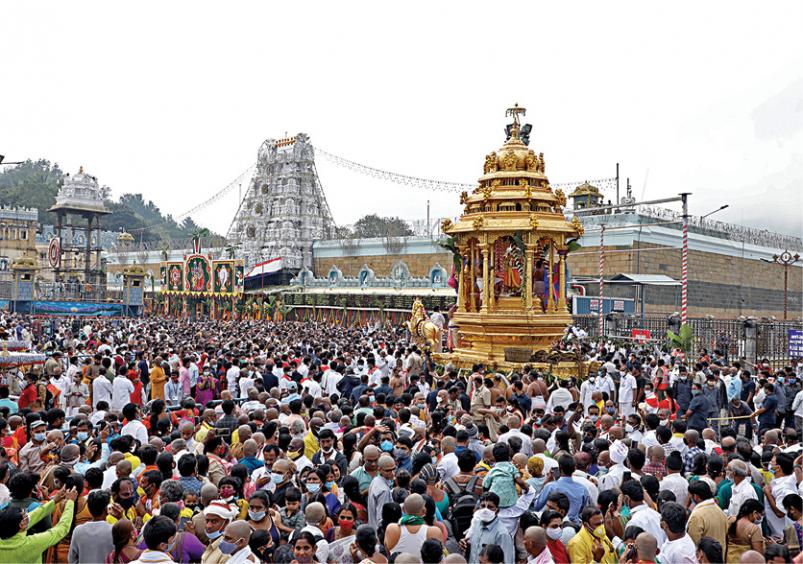 Mr. Malaiye festival was held at Tirupati Ezhumalayan temple yesterday to mark Vaikunda Ekadasi. Special pujas were performed for the early morning source. The dignitaries were then allowed in for Swami Darshan from 2 p.m.

Ordinary devotees were allowed to see Swami from 9 a.m. onwards. In this, more devotees than usual saw Swami. There is a gateway to heaven for 10 days until the 22nd. On the eve of Vaikunda Ekadasi yesterday morning, Sridevi and Bhudevi happily walked the 4 storied streets in a golden chariot and blessed the devotees.