No Result
View All Result
Latest News
Epidemiologist named the condition for defeating the COVID-19 pandemic 29/07/2021
Thursday’s harvest in Tokyo… the absence of Arabs continues and Chinese glow 29/07/2021
Chennai Metro Rail 2; 118.9 km expansion plan: Union Minister informed in Parliament 29/07/2021
Yiddá Eslava on leaving Peru: “It is not bad to migrate, but I would not do it without first fighting it” 29/07/2021
The Science module successfully docked with the ISS 29/07/2021
Next
Prev
Home Sports 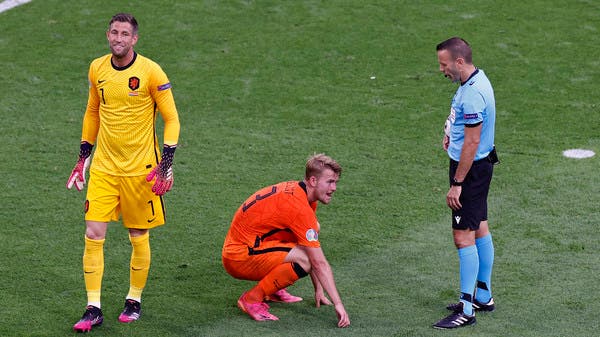 
Marco van Basten strongly criticized the defensive performance of Dutch footballer Matthias de Ligt, and said that he should become a captain, after the Dutch national team qualified for the round of sixteen of the European Championship “Euro 2020”.

De Ligt recovered from an injury and played his first match in the tournament during the match that the Dutch team won over Austria 2-0 on Thursday, helping the Dutch team top Group C.

The Juventus defender had a comfortable night in the midst of the Dutch national team’s defense, winning 80% of his interventions and making no mistake in the 40 passes he passed.

Van Basten said De Ligt, 21, had a lot to learn and wanted to see him take on more responsibility.

He told NOS: “He plays in the middle of defense and he must have a leadership personality.

He added: He must make himself heard, and impose his presence because he has to lead the defense. Instead, he just runs behind whoever is watching him, leaving a huge empty space.

He added: “De Ligt went to Italy to learn how to defend, but I don’t think he learned much there.

The former Milan striker said: “If you see how many times Martin Stecklenburg had to kick the ball, it’s not good. It becomes a kind of combat football.

“From the back, you have to have more vision and control to go forward while you play football, to be able to dominate the game, but I haven’t seen that yet,” he said.

After the end of the Hajj season.. the arrival of the first group of pilgrims

You can get money from sea oysters

Saudi Arabia: The vaccine is a condition for entering commercial and entertainment facilities in early August

At least the 'beep' is hyper sun .. turning life into punchlines .. between comedy and prostitution .. senior journalist shocking comments