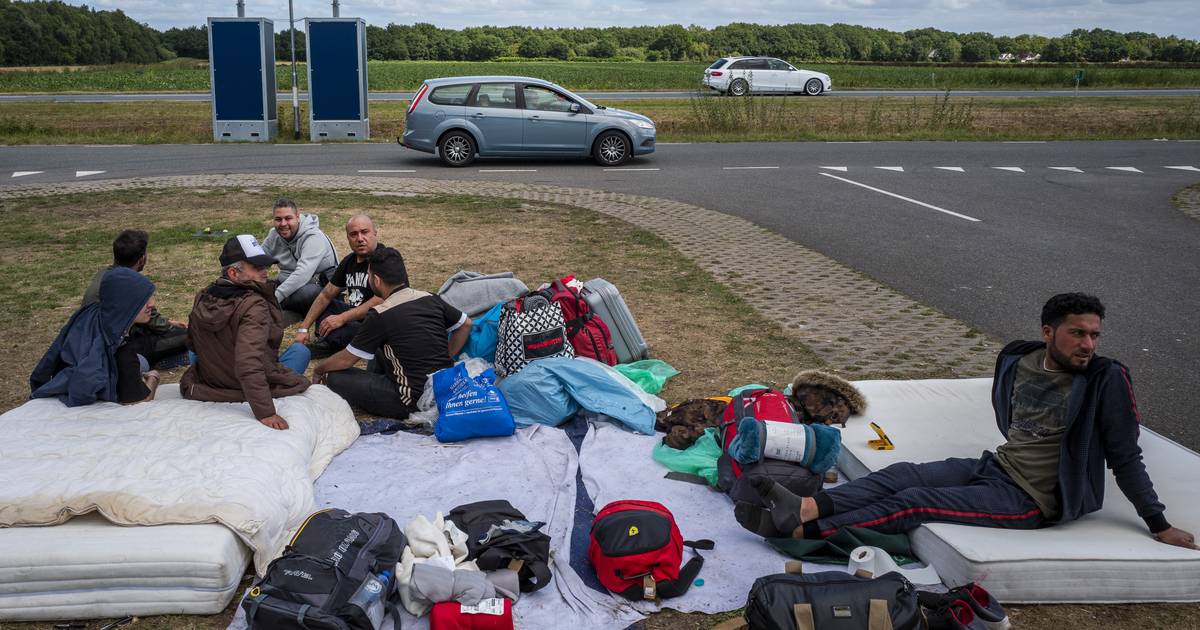 As of Friday evening, no one will have to sleep outside at the Ter Apel registration center. Anyone who wishes can be accommodated in Ter Apel or at another reception location, State Secretary Eric van der Burg (Asylum) told the ANP.

According to him, the more than a hundred people who are still in the forecourt on Friday evening will be transferred to different locations. The minister does not know how many people themselves choose to stay outside.

Van der Burg paid another visit to the registration center in Ter Apel on Friday evening. He spoke to some asylum seekers in the forecourt. He also consulted with a number of mayors, the police and the Central Agency for the Reception of Asylum Seekers (COA) about the extra reception, safety conditions and transport.

Last night, about 300 more people spent the night outside the gates of the application center. The nights before, dozens of people were involved, while many shelters were added in the past week. Among the outside sleepers are people for whom there was really no place in the emergency shelter, but there are also people who do not want to leave because they are afraid that they will have to wait even longer for the registration of their asylum procedure.

From Saturday, an emergency reception location will open in the Zoutkamp in Groningen on a Defense site for asylum seekers who cannot go to Ter Apel. Hundreds of people can go there. From there they will be transferred to Ter Apel at some point to register for an asylum procedure.

New asylum seekers in Ter Apel will soon be given a number before being transferred to an emergency reception location. With that number they can later go to Ter Apel. Once they have registered there, they will no longer return to, for example, Zoutkamp, ​​but will be taken to a reception location elsewhere. This system seems simple, but according to Van der Burg could not be introduced earlier because of the risk of fraud. The numbers should not be easily imitated. The numbers will be entered next week, he says.

Last night, about 300 more people spent the night outside the gates of the application center. The nights before, dozens of people were involved, while many shelters were added in the past week.

Asylum seekers now often sleep outside on the grass and refuse to go to an emergency shelter because they are afraid of losing their place in line, the minister said during the asylum debate in the House of Representatives on Thursday. “A perverse incentive”, said Van der Burg. With the introduction of a ticket system, asylum seekers do not lose their place in line and the need to spend the night outside is eliminated. The mayor of Westerwolde, which Ter Apel falls under, must issue that ban.

As soon as asylum seekers receive a number in the application center in Ter Apel and can then go to the overflow location in Zoutkamp, ​​asylum seekers will be prohibited from sleeping outside on the grass near the application center. This ticket system will probably become operational this weekend, and with that the ban on sleeping outside will come into effect, the state secretary said in the asylum debate.

No exception but the rule

The crisis in Ter Apel and the subsequent asylum deal are not exceptions, but the rule. That’s what migration expert Henk van Houtum said to this site on Wednesday. The Dutch and European migration policies are counterproductive, he argues. The solution: more permanent, small-scale reception and the legalization of migration.