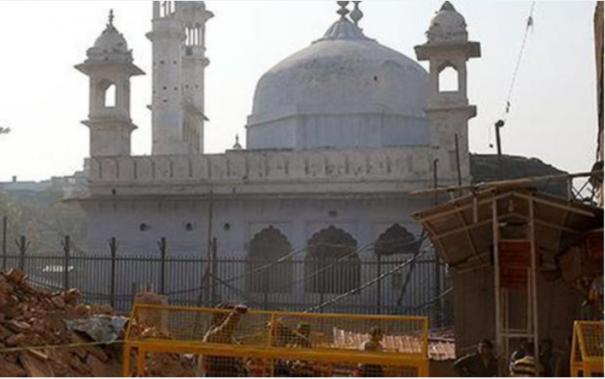 Exploration has begun at the Gyanwapi Mosque in Varanasi. Officers have been inspecting the area since 8 a.m. with heavy security.

Gyanwapi Mosque is located near the Kasi Vishwanathar Temple in Varanasi, Uttar Pradesh. There is a statue of Singara Gauri Amman on the outer wall of the mosque complex. This goddess is allowed to perform pujas only once a year. In this situation, 5 women filed a case in the Varanasi court seeking permission to perform daily puja for Singara Gauri Amman.
The court set up a committee to conduct a field inspection at the Gyanwapi Mosque. A petition was filed in the Varanasi court on behalf of the Anjuman Indajamiya Mosque Committee, the management of the mosque. However, the court ordered that the field study be completed and reported by the 17th.

Anjuman filed a petition in the Supreme Court on behalf of the Indajamiya Mosque Committee challenging the order. The petition was filed yesterday before Chief Justice N.V. The session chaired by Ramana considered. Later, Chief Justice NV Ramana said, “Because we have not yet seen the documents related to the case, it is not possible to ban field research now.” The judges, however, accepted the request for an urgent hearing of the petition. The petition is expected to come up for hearing soon.
In this situation, the study has started in the mosque. A total of 36 people including Advocate Commissioner Ajay Kumar Misra, Special Advocate Vishal Singh, Deputy Advocate Ajay Pratap Singh, petitioners and their lawyers came to the Gyanwapi Mosque for the field study.

Police are concentrated about a kilometer away from the mosque.