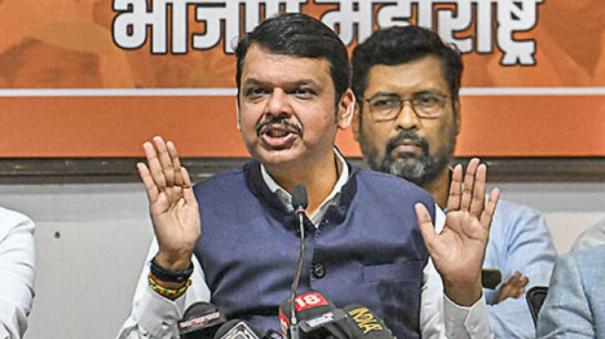 Mumbai: With an investment of Rs 1.54 lakh crore, the factory in Maharashtra has moved to Gujarat, but Gujarat is not in Pakistan; Maharashtra Deputy Chief Minister Devendra Fadnavis said that we are all one.

India’s Vedanta and Taiwan’s Foxconn have announced a joint venture to set up a semiconductor manufacturing plant. They also announced that they will set up this factory with an investment of Rs.1.54 lakh crore. It was also reported that 70 thousand to one lakh people will get direct employment through this factory.

While there are many possibilities of setting up this factory near Pune, Maharashtra, the Gujarat government signed a memorandum of understanding with Vedanta-Foxconn companies on the 13th to set up this factory in their state.

Opposition parties like Shiv Sena, Nationalist Congress and Congress accused the Maharashtra government of missing a huge opportunity. They criticized Chief Minister Eknath Shinde and Deputy Chief Minister Devendra Patnavis for working for the Center and Gujarat’s development rather than Maharashtra’s interest.

Speaking at a program yesterday, Devendra Fadnavis said, “Gujarat is not in Pakistan. It is our sister state. All these are a healthy competition. In this, we have to move forward beyond Gujarat and Karnataka. After I assumed the post as Deputy Chief Minister, I met Vedanta founder Anil Agarwal, “I told them that they would give concessions equal to those of the Gujarat government. However, Anil Agarwal said that the project is in the final stages of shifting to Gujarat,” said Bhadnavis.