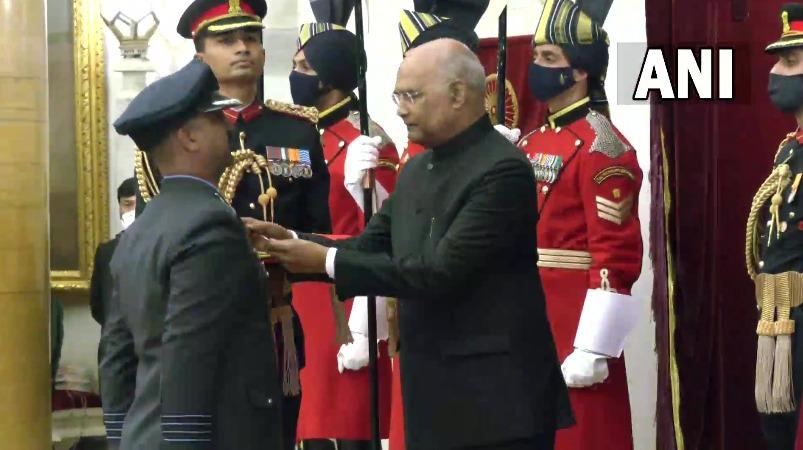 President Ramnath Govind today presented the Veer Chakra award to Commander Abhinandan from Tamil Nadu who fought on the coast during the precision attack against Pakistan.

Abhinandan hails from Tamil Nadu and serves as the Wing Commander of the Indian Air Force. In early 2019, militants carried out a suicide attack in Pulwama district of Kashmir. In retaliation, Indian warplanes infiltrated Pakistani territory and destroyed militant camps. On February 27, 2019, player Abhinandan chased down a Pakistani warplane trying to infiltrate into India on a MiG-21 and shot it down.