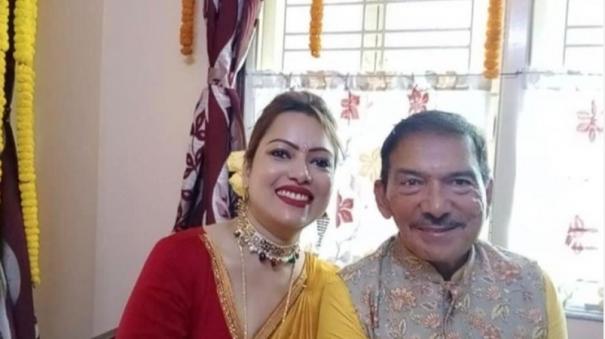 Kolkata: Arun Lal, a 66-year-old former member of the Indian cricket team, has grabbed the hand of his long-time friend, 38-year-old Bulbul Saha.

Arun Lal played for the Indian cricket team from 1982 to 1989. Later, he oversaw the task of commenting on cricket matches. He is now the head coach of the Bengal cricket team. Under his tutelage the West Bengal team has shown tremendous play in domestic cricket. In this case, he is now remarrying his longtime friend.

The photos of the wedding ceremony that took place a few days ago went viral. Arun Lal has divorced his first wife Reena. He is said to be currently married to 38-year-old Grass with the permission of his first wife. Close relatives said that Arun Lal will take care of his second wife Reena who is ill.

Lal is married to Pulpulla with the consent of both the spouses. The event was held at the Star Hotel in Kolkata.