Veteran Pavel Syutkin congratulated on his 100th birthday in Sochi 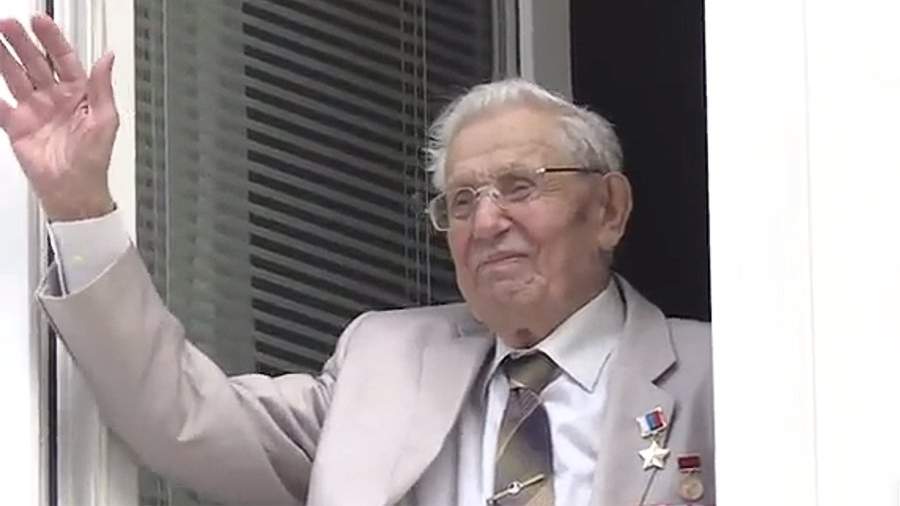 On June 19, Sochi hosted a large-scale celebration of the centennial anniversary of the veteran of the Great Patriotic War, Hero of Russia Pavel Pavlovich Syutkin. “Izvestia” visited the ceremonial events.

An orchestra performed in the courtyard of the veteran’s house. The territory was decorated with balloons in the colors of the Russian flag, an airship hovered in the sky with the inscription: “Happy anniversary, Pavel Pavlovich.” First, Syutkin greeted the audience from the window, then went down to the street.

“We are not meeting for the first time, but this day is special for me. On this anniversary day, on the centenary, I thank you for the warm welcome, congratulations and wish you new creative successes for the benefit of our dear native city. Prosperity, happiness, many smiles and success in all your endeavors. Thanks!” – he said.

Syutkin also called for preserving the historical truth about the war.

“Now is such a period when our truth is beginning to be distorted and made us not victorious heroes, but vice versa. And thank God that we survived all this, withstood it, and our country again came to the forefront both in love for the motherland and as a state, in first place in economic and political terms, and even more so in the military. We have such a military shield, such power, which is a shield against the unleashing of a new world war, ”he said.

Then the hero of the day went to a solemn congratulation concert, where he was shown a documentary film dedicated to his life.

Oleg Gazmanov and Alexander Buinov performed at the concert. Syutkin was also read congratulations from Russian President Vladimir Putin, Governor of the Krasnodar Territory Veniamin Kondratyev. Representatives of the Ministry of Defense of the Russian Federation and Sochi Mayor Alexei Kopaygorodsky personally congratulated the veteran.

Hero of Russia Pavel Pavlovich Syutkin volunteered for the Red Army in 1942. He completed training and went to the front as a commander of a battery of self-propelled guns. After the end of the war he continued to serve in the army.

For the courage and heroism shown by the Decree of the President of Russia in 2008, Syutkin was solemnly awarded the title of Hero of the Russian Federation with the award of a special distinction – the Gold Star medal. Putin personally presented the award to the veteran.

On June 12, 2022, on the Day of Russia, Mayor Alexei Kopaygorodsky presented Syutkin with a badge and certificate “Honorary Citizen of the City of Sochi”.

Syutkin became the first Hero of Russia to celebrate his centenary.