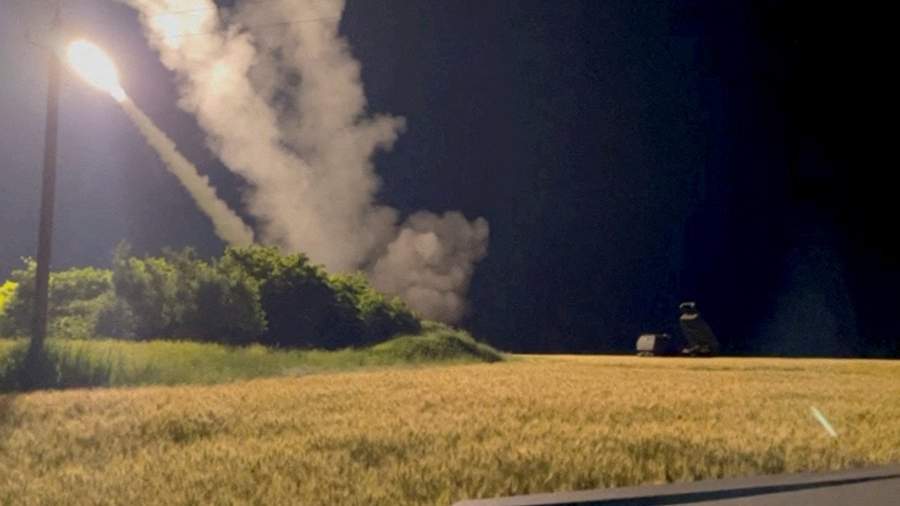 Armed formations of Ukraine (VFU) shelled the village of Stakhanov in the Luhansk People’s Republic (LPR) from HIMARS multiple launch rocket systems (MLRS) manufactured in the USA. This was reported on August 26 on the Telegram channel of the LPR representative office in the Joint Center for Control and Coordination of the Ceasefire Regime (JCCC).

“The shelling was recorded from the side of the armed formations of Ukraine: 04:30 a.m. Stakhanov with the use of HIMARS MLRS (10 missiles),” the report says.

The representative office of the LPR in the JCCC added that information about the victims of the shelling is being specified.

The militants regularly shell the territories of the LPR with weapons supplied to Kyiv by the West. So, on August 24, the VFU fired two rockets from HIMARS systems at the city of Popasnaya controlled by the LPR. The day before, Mikhail Podolyak, adviser to the head of the office of the President of Ukraine Volodymyr Zelensky, said that the supply of 50 American HIMARS MLRS worth $200 million to Ukraine would change the course of the special operation in Donbas.

On August 22, VFU also shelled Novaya Kakhovka near Kherson from the HIMARS MLRS. On the same day, information appeared about the destruction of eight HIMARS shells by Russian air defense systems in the Kakhovka area.

Western countries have increased the shipment of weapons and military equipment to Kyiv against the backdrop of a special military operation to protect the Donbass, conducted by the Russian Federation. Russian President Vladimir Putin announced its beginning on February 24. The decision was made against the background of the aggravation of the situation in the DPR and LPR as a result of shelling by the Ukrainian military.