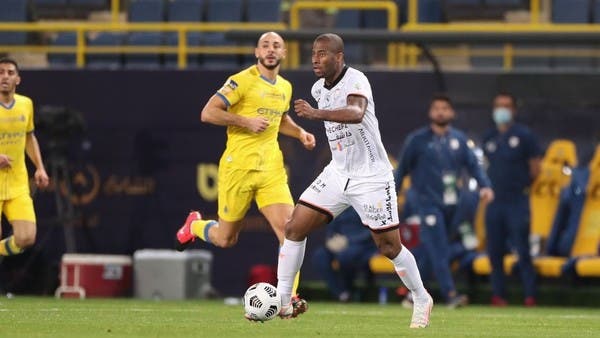 Al-Nassr did not know victory over Al-Shabab 814 days ago, as it spent more than two years without beating its neighbor in the matches that brought them together after February of the year 2020.

The last victory over Al Shabab on February 14, 2020, came in a dramatic way, as the latter was ahead by two goals against a goal until the 82nd minute, when Moroccan Abdel Razzaq Hamdallah scored the equalizer and followed it with the third in the 92nd minute, and Khaled Al-Ghannam completed the quartet by scoring the goal in the last minute of the match.

After that date, the two teams met in 3 matches in the Mohammed bin Salman Professional League Cup, all of which ended for the benefit of the youth.

Al-Shabab’s first victory over Al-Nasr came after that loss in February 2020 thanks to the goals of Ahmed Sharahili and Ever Banega against a goal by Ayman Yahya, which is the first victory for Al-Shabab over Al-Asfar in the league competition since May 2016.

In February of last year, Al-Shabab scored their biggest victory over Al-Nasr in the history of their matches in the Saudi Professional League, when he scored four goals at the “Mrsoul Park” stadium, through Argentine Banega, Argentine Guanca “two goals” and Nigerian Ighalo.

Al Shabab continued their superiority over Al Nasr for the third match in a row, after Hattan Bahabri scored the goal of their last match, which was held last November.