Victory in the mission of Al-Faisaly .. and Al-Hilal collides with cooperation 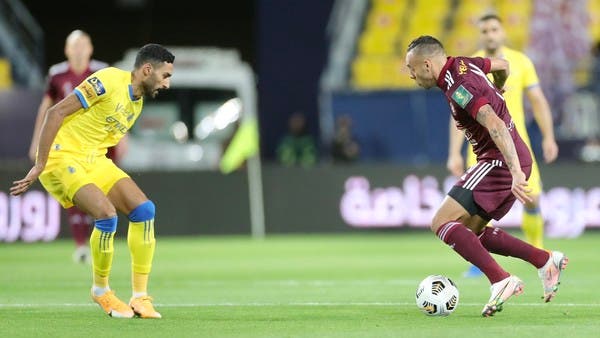 Al-Nasr seeks to continue its victories and chase the leader when it hosts Al-Faisaly at the Marsool Park Stadium in the capital, Riyadh, while Al-Hilal is looking for its third victory in a row when it meets its guest Al-Taawon. The conclusion of the 17th stage of the Mohammed bin Salman Professional League, on Saturday.

Al-Nasr seeks to continue its victories and chase the leaders Al-Ittihad of Jeddah when it hosts Al-Faisaly.

Al-Nasr is looking for its fifth win in a row, led by its Argentine coach, Miguel Rosso, who has known no result other than winning since taking over the team, where he achieved 4 victories in the league and a victory in the King’s Cup.

Al-Nasr hopes to achieve its fifth victory in a row for the first time since the season before last, specifically in August 2020, when it won 5 consecutive matches led by its former Portuguese coach, Roy Vitoria.

Al-Nasr enters the match while it is in third place with 29 points, 3 points behind Al-Shabab, the runner-up, and 6 points from the leaders Al-Ittihad.

On the other hand, Al-Faisaly seeks to repeat the result of the first round when it won 2-1, and to return to the track of victories absent from the team.

Al-Faisaly did not know the taste of victories in the last 5 matches he played, as he lost 3 matches and drew two matches to drop to 14th place with 16 points.

Al-Hilal is looking for its third victory in a row, when it hosts Al-Taawon.

Al-Hilal succeeded in recovering during the past two weeks when he returned to victories by defeating Al-Faisaly and repeated his superiority by achieving the Super title and defeating Al-Taei by a clean four in the last stage.

Al Hilal enters the match while it is in fourth place with 27 points, and it has a postponed match with the leader Al Ittihad, who has 35 points.

On the other hand, Al-Taawoun is looking forward to continuing its awakening and moving away from the danger zones that surrounded it this season.

Al-Taawoun achieved two important victories in the previous two stages, at the expense of Damak and Al-Hazm, to advance to the 12th place with 17 points.

Portuguese coach Gomez received a severe blow after the end of the season of his Paraguayan playmaker Kaku, who suffered a cruciate ligament injury.

At King Abdullah City Stadium, the “Radiant Jewel”, the people of Jeddah hope to return to the path of victories when they host the wounded Al-Hazm.

Al-Ahly performed poorly in its last five matches led by its Albanian coach, Pensik Hasi, who is facing sharp criticism from his team’s fans.

Al-Ahly suffered 4 losses and tied a match in its last five matches, dropping to 13th place with 16 points.

Al-Ahly’s administration concluded many contracts in the winter Mercato, where it assigned Al-Nasr player Ayman Yahya on loan and contracted with the Brazilian Carlos Eduardo, the Emirati Al-Ahly youth player, who previously defended the Al-Hilal logo and the striker, Major Abdullah Al-Muqrin, but he will not be able to involve them because he has not obtained a certificate of financial competence so far .

On the other hand, Al-Hazm enters the match in difficult technical conditions, as the team is close to returning to the first division, where it is at the bottom of the standings with 11 points.

In Hail, Dhamk seeks to restore the tone of victories when it comes as a heavy guest on Al-Taie.

Damak’s performance declined in the last 4 matches, as it tied two matches and lost two matches, dropping from second place to fifth place with 26 points.

On the other hand, Al-Taei hopes to regain its balance after losing a heavy loss in the last stage to Al-Hilal by four clean points, to occupy the ninth place with 19 points.