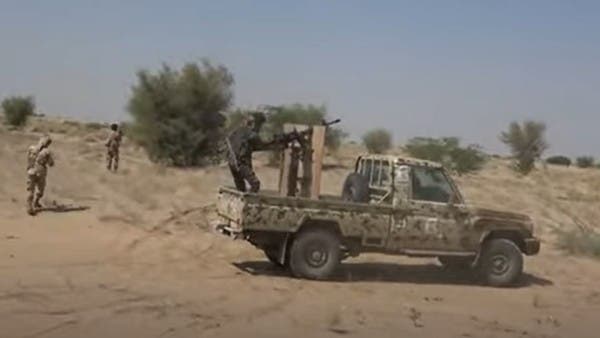 The joint forces continued their advance for the second day in a row, with a wide military operation within the repositioning and deployment on the fronts of the western coast of Yemen, amid human and material losses in the ranks of the Houthi militias affiliated with Iran.

And the media of the joint forces reported that the continuous military operation culminated, on Saturday, with the liberation of several separate villages in the southwest, north, and northeast of the city of Hays, south of Hodeidah.

He explained that quality units engaged in confrontations with various weapons in the early morning hours until noon, culminating in the liberation of the Al-Qudhaiba and Ali Mohsen areas, southwest of the city of Hays.

Simultaneously, other units fought confrontations in the north and north-east of the city, which culminated in the liberation and securing of the Udayn Triangle and important Tabab, which the Iranian militia continued to use to bomb citizens’ homes in the center of the densely populated district, according to the same source.

He confirmed the deaths and injuries and more than 12 captured militia fighters.

In the context, the official spokesman for the Giants Brigades, Mamoun Al-Muhajmi, said, on Saturday, that the joint forces completely purified the areas linking Al-Nujiba and Hays (south of Hodeidah), all the way to Jabal Al-Barsha.

A spokesman for the Giants Brigades confirmed that Jabal Ras is within the joint forces’ range of fire, as well as the city of Al-Jarrahi, which is only kilometers away.

Yesterday, Friday, the joint forces launched a large-scale military operation within the repositioning and deployment on the fronts of the western coast, and achieved great victories, as strategic areas north and northeast of the city were liberated on the administrative borders of the governorates of Ibb and Taiz, amid collapses in the ranks of the Houthi militia.

A wide attack carried out by specific units, from several axes, managed to purify the areas of Saqm, Al-Mahajar, Al-Jabalin and other strategic areas in the east, north and northwest of Hais, where the Houthi militia has been stationed for the past seven years.

The joint forces purified Jabal Omar and the Al-Awwaj mountain range, east of Hays, and cut the Hays – Al-Aden – Ibb line, which is the most important supply line for the Houthi militia, to areas south of Hodeidah and the western countryside of Taiz.

Jabal Omar, from which the Houthi militia was defeated, overlooks the asphalt line that connects Hays and the Mahjar area to the brick factory.