Video.. General mobilization in Chechnya to support the Russian military operation in Ukraine 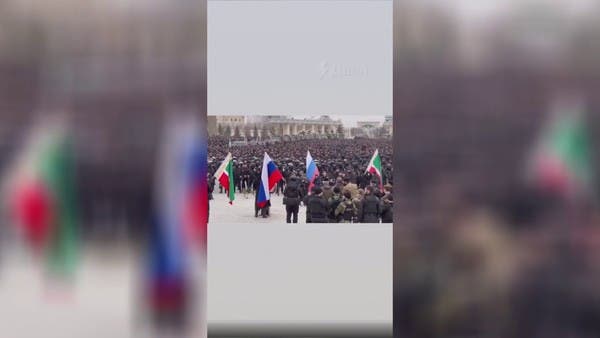 Field developments indicate that the Russian forces are tightening the noose around the Ukrainian capital, Kiev, and are continuing their advance towards the suburbs, specifically from the northeastern side of the capital.

A Ukrainian official announced that Russian forces were using Gomel Airport in Belarus to attack Kiev.

The Russian news agency quoted the Associated Press as saying that the sound of gunfire resounded near the government district in the Ukrainian capital, Kiev.

An adviser to the Ukrainian government said, on Friday, that he expected Russia to try to storm Kiev today. Ukrainian authorities urged residents of the city to go to shelters after warning of air strikes.

On Friday, CNN reported, quoting US sources, that Russian forces are now about 30 km from the Ukrainian capital, Kiev, and Ukrainian media reported that Russian raids targeted a runway at Kiev International Airport, while battles are taking place north of the capital. Kiev, according to the Ukrainian army.

The Ukrainian army stated that it was fighting units of Russian armored vehicles in the cities of Demir and Ivankiv, which are located, respectively, 45 and 80 km north of Kiev, the capital.