WorldVideo.. Revealing the results of the investigation into the Houthi terrorist attack...
World

Video.. Revealing the results of the investigation into the Houthi terrorist attack on the port of Al-Mukha 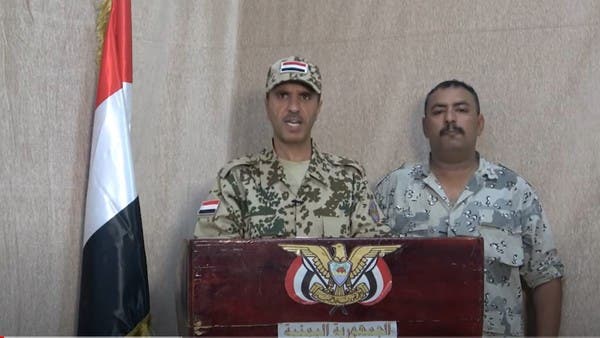 The joint forces on the western coast of Yemen revealed, today, Wednesday, the results of investigations into the crime of attacking the Iranian-backed Houthi militia on the civilian port of Mocha using ballistic missiles and drones earlier this week.

A member of the Joint Forces Command, Brigadier General Sadeq Doweed, confirmed in a press conference that the Iranian gang had used two ballistic missiles and six Iranian-made drones, half of which were shot down by the air defenses of the joint forces.

Regarding the results of the attack, he said that the Iranian weapon of barbarism destroyed a number of warehouses of the port, including merchants’ goods stores, and a warehouse of the Humanitarian Action Unit containing large quantities of food, provided by the UAE Red Crescent and ready for distribution, and also destroyed a number of port offices and damaged its berth.

Brigadier Dowd explained that the port had gradually begun to return to work after the inauguration in the presence of the representative of the United Nations, David Grisley, as a civilian port subject to the international code (ISPS CODE) and supervised by the International Maritime Organization (IMO) through the Maritime Affairs Authority and has an international certificate of compliance.

He stressed that this barbaric bombing was carefully planned to commit a horrific massacre, as it was also accompanied by the visit of a government delegation from the Ministry of Transport; Pointing out that the scale of targeting the port and with this intensity, the Houthi enemy aimed at wiping out the port and leveling it to the ground.

He added that on Saturday, September 11, 2021, the Iranian Houthi gang targeted the Mocha port with a heavy bombardment that affected almost all of the port’s facilities, berth, warehouses, employee offices and commercial boats anchored in it, at the height of the working hours.

A member of the Joint Forces Command pointed out that this heinous crime was thwarted from achieving its goals by activating passive defense and the modest capabilities of air defense.

And he stressed, neutralizing most of the objectives of this crime.. At the same time, he noted the successful evacuation plan for civilian workers and residents of the areas surrounding the port, coinciding with defenses that managed to drop and destroy some of the attacking weapons.

Brigadier-General Doweed stressed that this crime or others will not stop the port from working and will not discourage the joint forces and the local authority from continuing to operate the port, and that the port, despite the aggression, continues to operate.

And at the end of last July, the historic Yemeni port of Mocha received two commercial flights after a six-year hiatus due to the war ignited by the Houthi coup militia.

The Yemeni port of Mocha is considered one of the oldest ports on the level of the Arabian Peninsula. The port was the main market for the export of coffee between the fifteenth and seventeenth centuries. The name Mocha and Mochachino coffee took the name from this historical port.

The port of Mocha gains its importance as it is located near the international corridor in the Red Sea, at a distance of only six kilometers, linking Europe, East Africa, South Asia and the Middle East, in addition to its distinguished geographical location in relation to the southern and central regions and its proximity to the Bab al-Mandab Strait, the Horn of Africa countries and the Arabian Sea. .