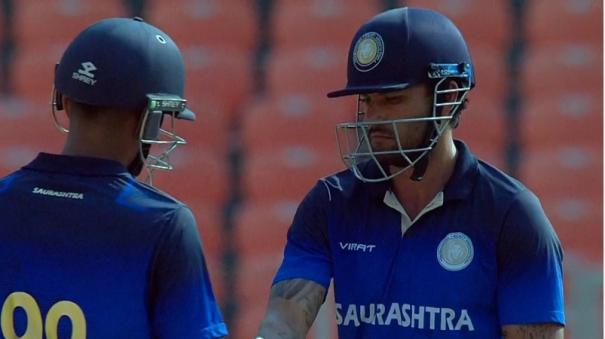 Ahmedabad: Saurashtra won the Vijay Hazare Cup final and won the title. The Jaidev Unadgad led team won against Maharashtra by 5 wickets. After about 14 years, the team has won the championship title in this series.

The final was played at the Narendra Modi Cricket Stadium in Ahmedabad. Saurashtra won the toss and chose to bowl. Batting first, Maharashtra scored 248 runs for the loss of 9 wickets in 50 overs. The captain of that team, Ruduraj Gaikwad, had a hundred.