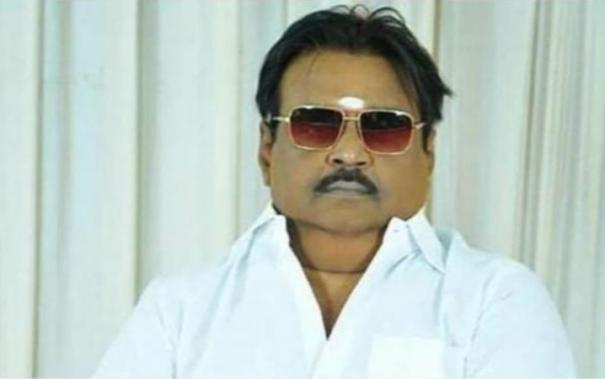 Chennai: Following his recovery, Temujin leader Vijayakanth returned home from the hospital. Doctors have advised him to stay in bed regularly. He thanked Prime Minister Modi and all, including Chief Minister Stalin, for inquiring about his health and wishing him a speedy recovery.

Temujin leader Vijayakand has been resting at home for the past few years due to ill health. From time to time he goes to the hospital and receives treatment.

He was admitted to Miad Hospital in Manappakkam next to Chennai Kindi as his health deteriorated slightly last week. Due to the problem of diabetes, the blood flow in the toe area of ​​his right foot was not proper and that toe was recently removed. Following this, he was under the supervision of doctors.

In this condition, he returned home the night before yesterday due to poor health. Doctors have advised people to stay at home regularly and come to the hospital once a week or once in 10 days for a check-up.

His party and fans are thrilled to hear that Vijaykanth has recovered and returned home.

In this regard, Vijaykanth thanked everyone who inquired about his health. In a statement issued yesterday, he said:

My heartfelt thanks to everyone who inquired about my health over the phone and on social media sites including Twitter and Facebook.