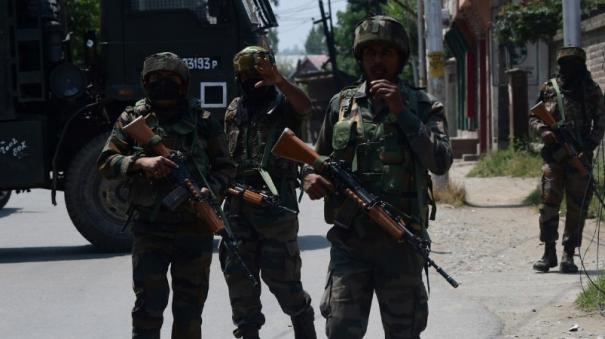 Jammu: In Jammu, 2 terrorists, including the commander of the Lashkar terror group, were caught by local villagers and handed over to the security forces. Governor Manoj Sinha gave them Rs.5 lakh.

The Jammu and Kashmir Police said yesterday. Commander Talib Hussain and Faisal Ahmed Dar of Lashkar-e-Taiba were wanted in various cases. In this case, the villagers came to know that they were lurking in Tuksan Thok village of Rizi district of Jammu region. Immediately many villagers gathered together and caught both of them and handed them over to the police. Appreciating their brave action, Governor Manoj Sinha has given Rs 5 lakh to the villagers.

The arrested Usain hails from Rajouri. Faisal Ahmed Dar hails from Pulwama. 2 AK rifles, grenades, a handgun and ammunition were seized from them. Usain was also wanted in the blast cases in Bir Panjal Valley. Also, Usain has been in frequent contact with the Lashkar terrorist organization in Pakistan and has received information. Both have been in touch with Salman, who is very important in the Lashkar movement.