Villagers who caught 2 terrorists in Jammu and Kashmir and handed them over to police: DGP lauded 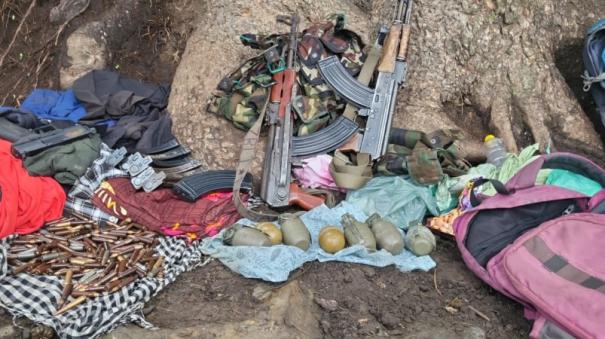 Srinagar: Villagers have nabbed two Lashkar-e-Taiba terrorists who were hiding in Dushgaon area of ​​Jammu and Kashmir’s Reazi district and handed them over to the police.

Two Lashkar-e-Taiba terrorists were ambushed in Dushgaon area of ​​Jammu and Kashmir’s Reazi district with deadly weapons. One of these two men was the most wanted criminal wanted by the police.

Talib Hussain, a Lashkar commander from Rajouri district, was the mastermind behind the recent blasts in the state. Similarly, Faisal Ahmad Dar hails from South Kashmir’s Pulwama district. Both of them were caught by the villagers of Dushgaon and handed over to the police.

Police recovered two AK 47 rifles, 7 hand grenades and a pistol from the arrested terrorists. Moreover, DGP Dilbagh Singh has praised the bravery of the villagers who were ambushed with dangerous weapons and captured the 2 terrorists and announced that a reward of Rs.2 lakh will be given to the villagers.