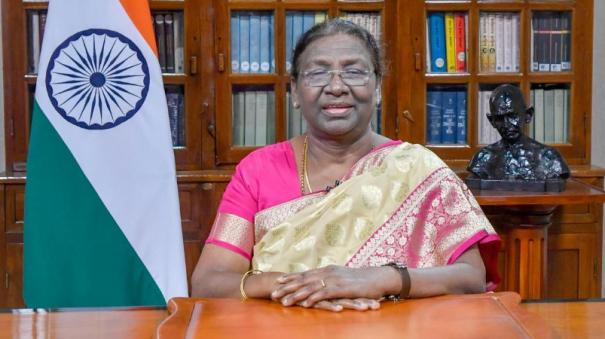 Jaipur: A woman engineer has been fired for violating safety rules at an event attended by President Draupathi Murmu in Rajasthan.

A government program attended by President Draupadi Murmu was held in Pali, Rajasthan on the 4th. Amba Seol, a junior female engineer from the Department of Public Health Engineering, participated in it. He works in Bali and tried to touch the President’s feet during the program. Controversy arose that he violated the rule that no one should approach the President without his permission.

In this case, Amba Seol has been fired. The Chief Engineer of the Drinking Water Supply Administration Department has issued an order to this effect on the 12th. The order is said to be effective immediately. This is said to be the first time that a female government employee has been dismissed for trying to touch the President’s feet.