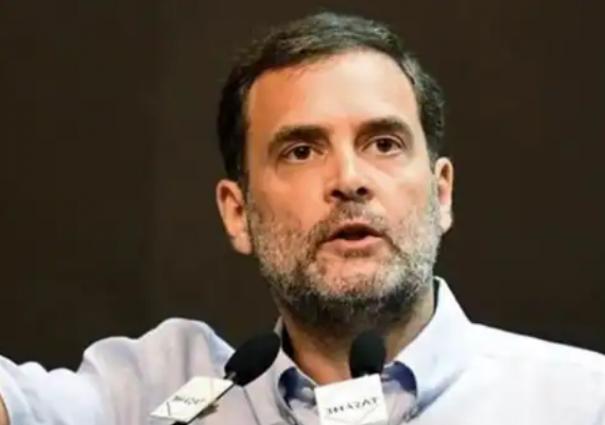 New Delhi: Former Congress leader Rahul Gandhi has said that violence in the name of religion is not allowed in the Udaipur massacre in Rajasthan.

Nupur Sharma has been suspended from the BJP for criticizing the Muslim Prophet Muhammad. Kannaiya Lal Deli, 40, of Udaipur, who had supported Nupur Sharma’s views, was assassinated this evening (Tuesday).

He ran a tailoring shop in Udaipur, Rajasthan. Kannaiya was hacked to death by two Muslim youths who entered his shop this evening. In this context, the video released by the killers Mohammad Riyaz Ansari and Mohammad Kaws explaining the motive for the murder has increased the tension.

Commenting on this, Rahul Gandhi said, “I am deeply shocked by the atrocities in Udaipur. Violence in the name of religion cannot be tolerated. Those involved in such atrocities must be arrested immediately. Together we must defeat hatred.”

In doing so, I urge all to maintain peace and brotherhood. “

Condemning the incident, AIMIM party leader and Hyderabad MP Azaduddin Owaisi said, “The Udaipur massacre is reprehensible. No one can justify such a murder. It is our party’s policy that no one should take the law into their own hands. Should. “

Tensions are high in Udaipur following the incident. Internet connections have been cut off throughout the district to control it.