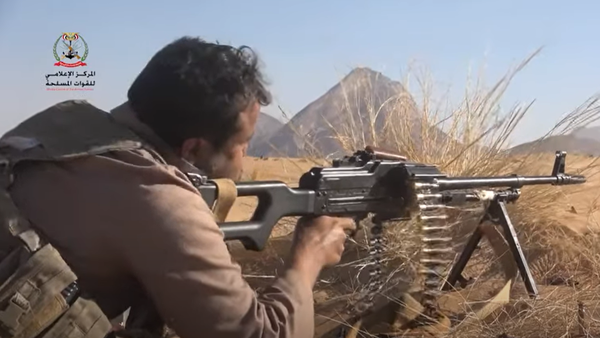 The southern fronts of the Yemeni province of Ma’rib witnessed, from Friday night to Saturday, violent battles between the army and the popular resistance forces on the one hand, and the Iranian-backed Houthi militia on the other.

The battles are raging on three fronts: the “Dhanna” front on the outskirts of Al-Rawdah in Sarwah, the Laeref front in the Juba district, and the Umm Reish front in Harib.

Field sources confirmed that dozens of Houthi casualties were killed or wounded, in light of the intense air support of the coalition to support legitimacy in Yemen, which destroyed fixed and moving targets for the militias.

It is noteworthy that the Houthi militia had admitted the killing of 14,700 of its members in the Ma’rib battles since last June.

On Thursday, the coalition to support legitimacy in Yemen announced that it had carried out 35 operations targeting the mechanisms and elements of the Houthi militia in Marib and Al-Jawf within 24 hours.

He added that the targeting operations included the destruction of 24 military vehicles, while the casualties among the Houthis exceeded the killing of 200 terrorists.

The coalition confirmed that 27,000 terrorist militiamen were killed in the battle of Ma’rib, adding: “They have to bear more losses.”