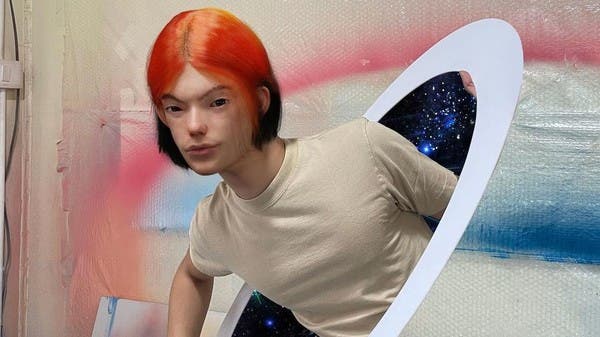 With the launch of virtual worlds, or what became known as “Metaverse”, we witness the first successes of its inhabitants from virtual influencers who originated from the Far East. Learn about the most prominent of them below:

Boasting colorful hair and eternal youth, Bangkok’s Naughty Poe is a fictional character and one of the new generation of virtual influencers who have succeeded in finding their place in the real world. This influencer was created by Thai fashion designer Adisak Jirasakam and his friends during the coronavirus pandemic. With his modern personality, he managed to gain many followers on social media and achieve success in the field of fashion shows that are held on the Internet.

Bangkok’s Naughty Poo Instagram page promotes fashion and cultural products. He declared in his intro video, “I will be 17 years old forever…I dream of becoming a pop star.”

The growing interest in virtual characters coincides with the launch of the concept of “metaverse”, the term used to describe virtual and three-dimensional worlds that originated from video games. The popularity of the virtual pop stars whose characters were created in Japan, China, and Korea helped pave the way for the expansion of the industry, which has now generated nearly $13.8 billion in profits.

The first inhabitants of the metaphysics:

The number of virtual influencers is about 130 in “Metaverse”, this virtual world that the digital giants, including Facebook, are working on. The spread of the Corona pandemic has contributed to limiting direct interactions between people, and at the same time has enhanced indirect communication by relying on advanced technological technologies. As for the generation targeted by these influencers, they are those who were born since the mid-nineties of the last century and recently entered the fray of work, in addition to the generation that is preparing to emerge from adolescence and become accustomed to the three-dimensional worlds accompanying video games.

The reality of these fictitious characters:

Aye Aileen, a Thai virtual influencer, identifies herself as 21 years old and has AB blood type. She is a fictitious person created by SIA, the first and only Virtual Influencer Agency in Bangkok. The agency revealed on its website that it plans to create a collective hub for several virtual influencers who have unique looks as well as personality traits.

The highest-paid virtual influencer is Lil Miquela, a Los Angeles-based robot who earns $7,000 for every social media release he collaborates with like Prada and Calvin Klein. In Thailand, Bangkok has contracted Naughty Poo with a large modeling agency, while Aileen is an ambassador for a mobile phone company. It seems that the collaboration between virtual influencers and brands will expand in the coming days due to their popularity, commitment, and distance from the shifts in moods and attitudes that characterize human nature.