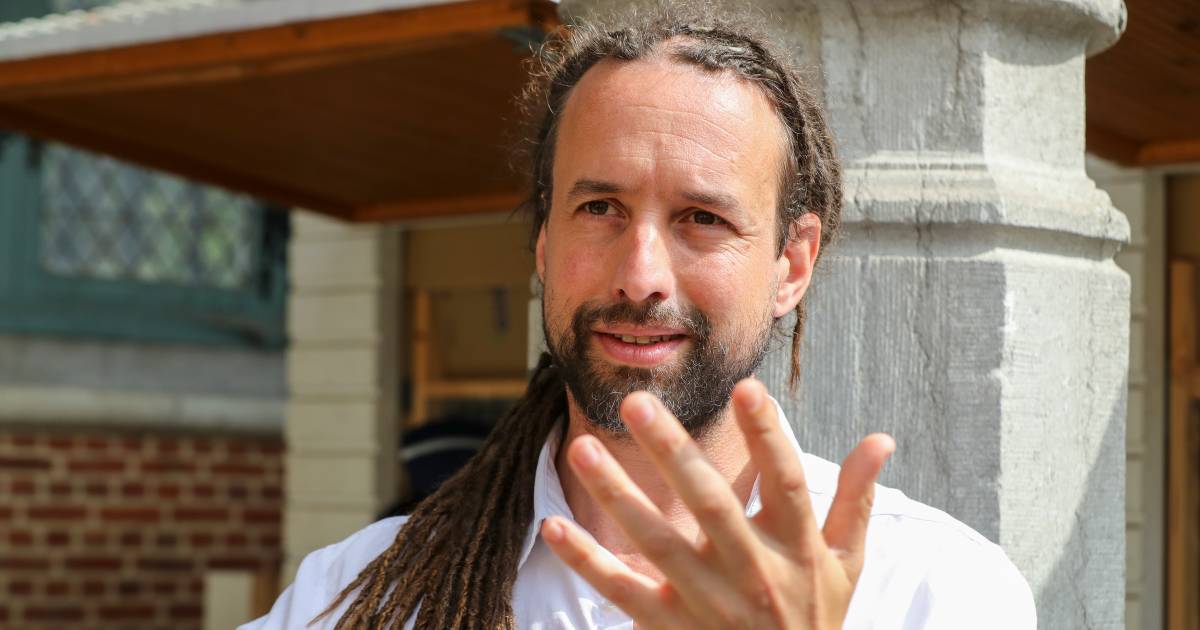 biggest complaint everThe police arrested Viruswaarheid leader Willem Engel (45) in Rotterdam this morning on suspicion of incitement. The arrest follows a mass declaration signed by more than 22,500 people. Engel was arrested in the middle of the street just after he had cast his vote for the municipal elections.

The Public Prosecution Service does not want to confirm the identity of the arrested man, but lawyer Jeroen Pols from Viruswaarheid confirms that it concerns Engel. “It’s true, it was coming when you criticize the corona policy. Plus all the negative publicity in the media. We counted 440 articles that are negative about Willem Engel. It would be nice if people pay attention to what is going on. What else can we do? He is stuck. I think they will hold him until the March 30 trial.” (A lawsuit was already planned against Engel that day, ed.).

Images of the arrest are circulating on social media, published by Engel’s partner.

In January, the Public Prosecution Service started an investigation into the collective declaration against Engel, which was signed by 22,581 people. It is one of the largest charges ever filed against a person. Engel says that the report against him is ‘pure mud throwing’ and that it concerns the ‘another smear campaign’.

Initiator of the mass declaration, Norbert Dikkeboom, is pleased with the arrest. ,,It makes me positive that the law is once used against Engel and that he is called to account. There are many people in the Netherlands where he gets the blood from under the nails. People who can no longer do their work safely. It is good that there are now reliable authorities that are going to investigate his actions.”

Dikkeboom started the citizens’ initiative last year because, according to him, Engel is guilty of incitement, spreading medical disinformation, fraud, statements with a terrorist intent and threats. He describes the Virus Truth founder as ‘an extremely disturbing factor in the debate about the corona crisis and the associated measures’ and believes that Engel sows fear and division among the population with his statements. In December, Dikkeboom handed over the collective declaration to the Public Prosecution Service in Rotterdam.

‘I never cross the line’

According to Engel, the report is false and does not contain any criminal offenses. ,,I try to keep the debate sharp, but never cross the line. I have never threatened anyone.” The Virus Truth foreman previously filed a complaint against Dikkeboom for stalking.

The last charge in the report, threat, added Dikkeboom to the report in January, after statements by Chief Public Prosecutor Michiel Zwinkels in One today† In an item about politicians who are under threat, Zwinkels said that he finds statements about tribunals ‘really dangerous’.

In his own words, Dikkeboom then collected about fifty examples of statements by Engel about tribunals. “He talks about it all the time, during demonstrations with large groups of people, but also online.” According to Dikkeboom, the Public Prosecution Service has added the document to the file of the report.

Engel must appear before the police judge in Amsterdam on March 30 for incitement on Facebook. That was already planned before today’s arrest. Engel had called for officers to be arrested under civilian arrest. He also continued a demonstration in The Hague on October 10, 2020, while it was banned by the mayor.

English lawyer Gerben van de Corput has just been informed by the judiciary about the arrest. ,,I don’t know much yet, Willem has asked about me. I do assume that today’s arrest is unrelated to the March 30 case, which is so long ago.” Van de Corput hopes to be able to speak to the Virus Truth foreman soon.

Earlier this year, the Public Prosecution Service stopped a civil investigation into Virus Truth. The study, which is separate from the mass declaration, found that donors can be confident that money raised is being used appropriately. An illegality has now been rectified, so that further steps against the foundation or its directors are not necessary, according to the Public Prosecution Service.

Last year, the Public Prosecution Service started an investigation into the foundation following a dispute between Viruswaarheid and its foreman Willem Engel on the one hand and ING on the other. The bank froze Viruswaarheid’s account and Engel’s private account after the foreman borrowed 50,000 euros from the foundation for a private payment for a piece of land in Spain.

Watch our videos about the corona crisis here: