Visas: how the EU can limit the issuance of Schengen to Russians 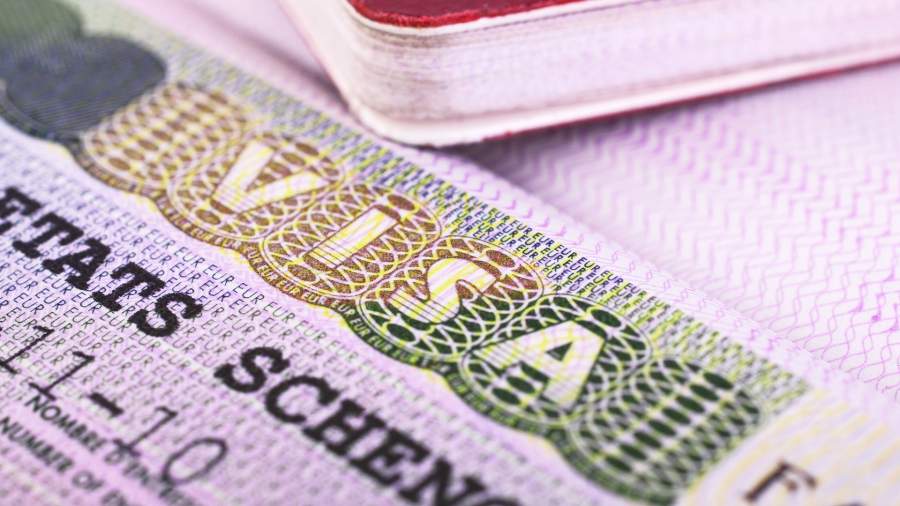 There is no consensus in the European Union on a ban on the issuance of Schengen to Russians, however, countries may agree to freeze the agreement with the Russian Federation on a simplified visa regime. This means that the fee will more than double, the time for processing applications will increase, and additional documents will be required for processing. What to do with visas for Russians, EU foreign ministers are discussing at a two-day meeting in Prague. A number of countries have already introduced their own restrictions: someone reduced the number of accepted applications, someone canceled already issued documents. There are still countries in the European Union that are quite willing to grant Russians the right to enter, however, as Izvestia was told in the Russian Union of Travel Industry, traveling around Europe for Russian citizens is becoming more and more unpredictable.

Not a ban, but a restriction

On August 30, a two-day informal meeting of EU Foreign Ministers began in Prague. Among the issues on the agenda is what other measures the EU can take against Russia because of the conflict in Ukraine. The most discussed initiative is a ban on the issuance of Schengen visas to Russians. This idea is circulating in the media and has reached the pan-European level at the suggestion of the Baltic countries, Finland and the Czech Republic. In general, about ten countries support the visa ban – in addition to the already designated states, Belgium, Denmark, the Netherlands, Poland, Slovakia, and Sweden spoke in favor of it.

On the eve of the meeting, the head of European diplomacy, Josep Borrell expressed doubt that the ban on entry documents for Russian citizens will receive the unanimous support of EU members.

“I don’t think breaking off relations with Russia’s civilian population will help, and I don’t think this idea will get the necessary unanimity,” he said on August 28 on the Austrian ORF TV channel. At the same time, the diplomat noted: in terms of issuing visas, the EU should act more selectively, revising the rules for some Russians.

What will be the pan-European solution – and whether it will be based on the results of this meeting – is not clear. According to EUObserver on 30 August, citing sources, “there are a lot of ideas” on how to limit the issuance of visas; it is likely that the ministers will not approve specific measures, but will give a “political green light to start [технической] work”. Possible options include approving visas only for certain categories of Russians, reducing the number of documents issued, and excluding Russians under 25 from restrictions..

— I don’t think there will be a consensus on this., – Hermann Terch, a Spanish politician, a member of the European Parliament delegation for relations with Russia (D-RU), told Izvestia. Neighbors and other countries that feel threatened by proximity to Russia will push for a total ban. But Germany and France plan to avoid any real action in this regard unless Russia provokes some kind of incident that causes public opinion in those countries to demand visa bans for Russians.

French Foreign Minister Catherine The column, in particular, emphasized that on the issue of visas, one should separate those involved in the events in Ukraine and ordinary citizens.

According to media reports and politicians, everyone can be satisfied with the option in which the EU suspends the visa facilitation agreement with Russia. It has been in force since 2007 and establishes a single fee for processing entry documents in the amount of €35. If the EU approves this move, the fee will rise to €80the time for processing applications will increase, it is likely that additional documents will be required when submitting and there will be problems with obtaining permits for multiple entry.

— These measures are generally consistent with the Schengen Agreement. It’s just that bans are very difficult to justify – and any refusal must be justified, ”said Gunnar Beck, a German politician and member of the D-RU delegation, in an interview with Izvestia. – Targeted travel bans in the EU under sanctions are an established practice that is considered legal. But they also require arguments and justifications.

German Chancellor Olaf Scholz spoke out most articulately against the pan-European ban: in the first half of August, he stated that the leadership of the Russian Federation, and not ordinary citizens, was responsible for the situation in Ukraine, and therefore he “can hardly imagine” visa taboos. However just because Germany is against a total ban doesn’t mean it won’t support restrictions– this was made clear on August 30 by German Foreign Minister Annalena Burbock.

“My proposal would be <…> to suspend the visa facilitation agreement, to no longer issue multiple-entry and multi-year visas in order to enable States that are particularly affected by this issueto check exactly for what purposes this visa will be issued, ”she said after a closed meeting of the German Cabinet.

In Russia, discussions on visa restrictions were called “a set of irrationality bordering on insanity.” Presidential spokesman Dmitry Peskov said that “such decisions cannot remain a priori without an answer.”

“In responding, we will do it in a way that best suits our interests and protects the interests of our citizens,” the Kremlin spokesman said.

Visa policy is the responsibility of the national governments of the European Union – each country decides for itself how and to whom to issue entry documents. In August, some states took advantage of this right and introduced their own measures against citizens of the Russian Federation.

For example, Finland said that from September 1, Russians will be able to apply for tourist visas only in four cities (Moscow, St. Petersburg, Petrozavodsk and Murmansk) and only on Mondays. No more than 500 visa applications per day will be accepted. Estonia canceled the validity of documents issued by its consular offices and announced a ban on entry on visas of other EU countries.

Information appeared in the media about isolated cases when the border services of these countries canceled the validity of entry documents. In addition, as Fontanka reported on August 29, Finnish customs began to confiscate euros from Russian citizens leaving the republic. Rationale – EU sanctions; money is offered to be left in special storage facilities at the border – they can be picked up at the next entry into the country.

“Despite the fact that the Schengen visa is determined by a single regulation of the European Union, the practice of granting it differs from country to country,” Yury Barzykin, vice president of the Russian Union of Travel Industry (PCT), explained to Izvestia. – It is now clear that you should not apply for a visa to the Baltic countries, from which it is almost impossible to obtain documents, to Finland, where issuance is significantly limited. There are restrictions in some other countries – here you need to look individually.

There are countries that are much more willing to issue Schengen, including long-term: among them, Yuri Barzykin cites Hungary, Spain, France, while there are problems with Greece and Italy traditionally open to Russian tourists.

— Schengen as a whole will not be canceled, but everything goes to the fact that the simplified visa procedure for Russia will be abolished. There may not be a consensus in the EU on specific measures, but there is a consensus that it is necessary to tighten the procedure [выдачи въездных документов], – said the vice-head of the PCT. – In this case, damage will be done not only to us – since the beginning of the year, our flow to the Schengen countries has decreased by 90% – but also to EU citizens who have property on Russian territory.

And although there will most likely not be a complete ban on visas, the PCT notes that now is not the best time to travel around the Schengen countries. These trips come with a high degree of uncertainty, says Yuri Barzykin. Among the factors that make it almost impossible for Russians to travel around Europe, he called risks of visa revocation under conditions of low legal protection due to the reduction of consular offices of the Russian Federation, as well as problems with payment by Russian cards.