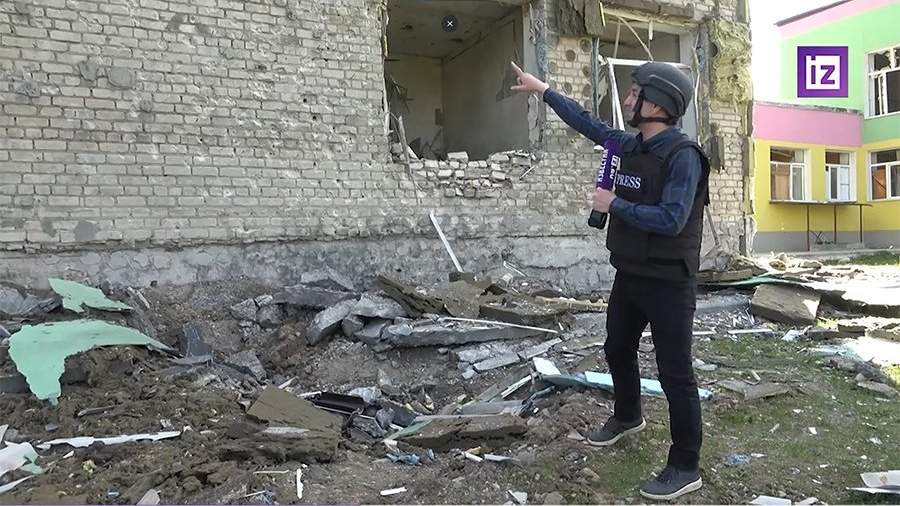 Izvestia correspondent Ivan Litomin showed what school No. 4 in Snigirevka, Mykolaiv region, looks like after artillery fire from Ukrainian nationalists.

“Just recently, an artillery shell came here. Here you can clearly see the funnel and, accordingly, everything that remains from the overhaul. The wall was literally torn apart, there are no windows, – he said.

Half of the building of the Snigirevsky school was simply demolished by an explosive wave, the correspondent specified.

On April 30, residents of Snigirevka said that the Ukrainian military shelled the settlement every day – most of the schools and kindergartens were destroyed by shells, there was no electricity in the houses. The city’s leadership simply fled when the Russian military appeared on the outskirts of it, civilians added.

Footage of the destroyed settlement of Snigirevka, taken from a quadrocopter, was shown earlier on Saturday by a correspondent of the Izvestia TV channel. In the video, you can see that many houses are almost completely destroyed, some of the standing buildings have broken windows and damaged roofs.

On March 1, the governor of the Nikolaev region, Vitaly Kim, said that the Russian military did not want to shoot civilians and were trying to lure Ukrainian security forces out of settlements using special tactics.

On February 24, Russia launched a special operation to protect Donbass. The Kremlin explained that the tasks of the special operation include the demilitarization and denazification of Ukraine, the implementation of which is necessary to ensure the security of Russia. The decision was made against the background of the aggravation of the situation in the LPR and DPR as a result of shelling by the Ukrainian military.