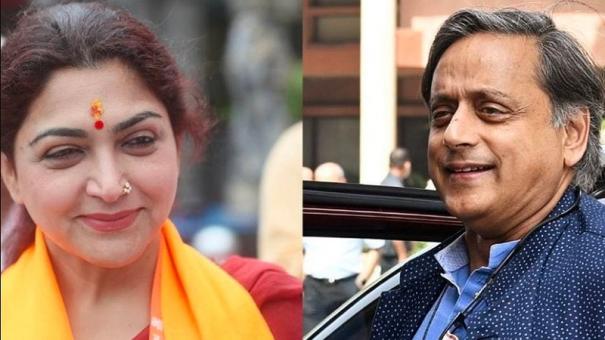 New Delhi: BJP’s Khushbu praised Sundar, Congress MP. Sasi Tharoor. She did not praise her because she was a former party friend, she praised Bilgis saying that she stood on the side of justice in the Banu case.

Khushbu posted a tweet recently. In it Bilgis had condemned the acquittal of the accused in the Banu case. In the tweet, Khushbu said, “A woman was raped, badly beaten and left with lifelong trauma. She deserves justice. No one involved should go free. If anyone goes through this, it’s a disgrace to humanity and womanhood. Not just Bilgis Banu, any woman. In this matter, the party should support him beyond the principles,” he had posted.

Hear hear, @khushsundar! Proud to see you standing up for the right thing, rather than the right wing. https://t.co/NPfumMD6DW

Sasi Tharoor pointed this out on his Twitter page, “Yaridu Khushpua! You stand for what is right and not right wing. “I am proud,” he replied. This tweet is now going viral.

Who is this Bilgis Banu? – In 2002, during the riots that followed the Godhra train burning incident in Gujarat, a pregnant woman named Bilgis Banu was gang-raped by a gang. 7 members of his family including his child were murdered by the mob. This incident shocked the country. In this long-running case, 11 accused were sentenced to life imprisonment in 2008. Under the 1992 commutation policy, the Gujarat government granted commutation of sentence to those who had been in jail for more than 14 years. Subsequently, all 11 people were released on the 15th.

A petition challenging his release is pending in the Supreme Court. In this case, the day before yesterday, Khushbu gave a voice to Bilgis Banu on Twitter.