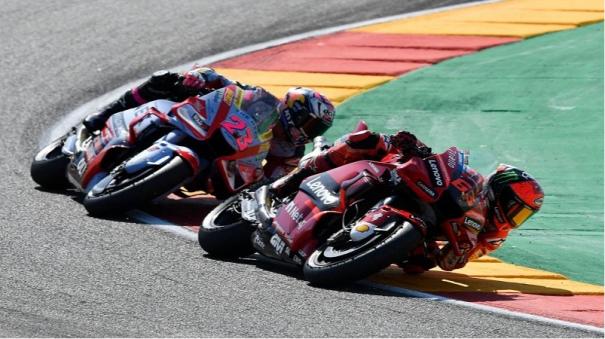 Chennai: It seems that the Indian fans who have been watching the Moto GP bike racing through television until now, now have the opportunity to see it in person. It is reported that the Moto GP will start its run in India from next year. The notification regarding this has been released officially. Let’s see about it.

Moto GP is known as the premier class motorcycling racing event. All its races are held on road circuits sanctioned by the International Motorcycle Federation. It seems that this federation is also the one that formulates the rules and regulations for the MotoGP races. The organization has been doing this work since the middle of the 20th century.

This game is widely played in different parts of the world like Argentina, Thailand, Japan, Malaysia. In this case, this bike race is expected to start its run in India from next year. For that, a company called Fairstreet Sports from Noida has taken forward these works. Fairstreet Sports has tied up with Dorna Group for this. A Memorandum of Understanding has been entered into between the two parties for a period of 7 years.

Through this, India’s tourism-related business will improve and around 50 thousand people will get employment, it is reported. The MotoGP is likely to be held at Budh International Circuit in Noida.