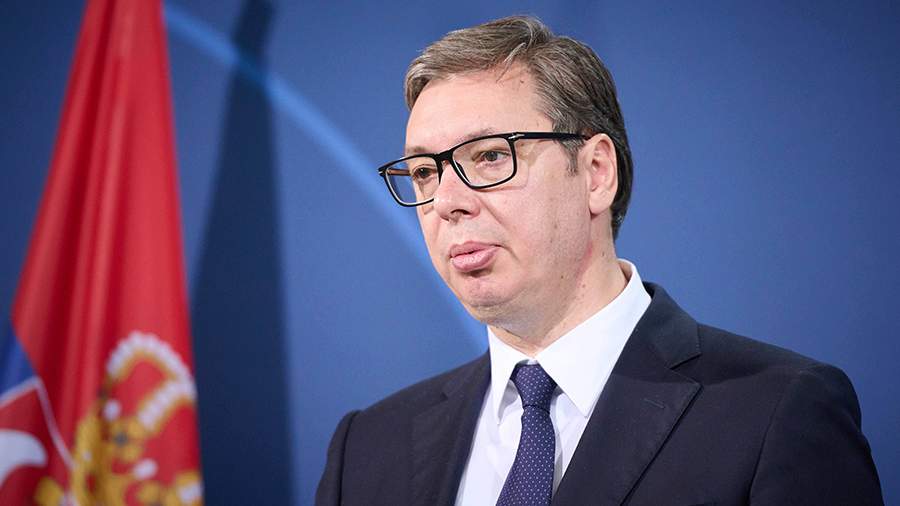 The demand for natural gas (NG) is met by 62%. This was achieved thanks to the signing of an agreement with the Russian corporation Gazprom. Such a statement on Saturday, June 25, was made by the head of the republic, Alexander Vucic, during his appeal to the population, which was broadcast by the Tanjug agency.

“As far as gas is concerned, we have good news. <...> We extended and signed an agreement with Gazprom, which covered about 62% of our gas needs <...>,” Vučić said.

Earlier on the same day, the President of Serbia predicted a search for an alternative to Russian oil due to the introduction by the European Union (EU) of restrictions on the supply of the resource from the Russian Federation by tankers. Other sources of imports are needed, he said, to avoid problems.

The head of state pointed out that only the Serbian Oil Industry, or NIS, 56.1% owned by Gazprom and Gazprom Neft, and the refinery in Pančevo remained in the country. Although the enterprise is operating at full capacity, failures will lead to a significant problem. Vučić assured that the Serbian government had already agreed with one of the British companies on the supply of 200,000 tons of diesel and other resources, Gazeta.Ru reported.

On June 14, Vučić announced that Serbia would not be able to import Russian oil from November 2022 due to EU sanctions.

Earlier, on May 29, Russian President Vladimir Putin and Vucic agreed during a telephone conversation that the Russian Federation would continue uninterrupted gas supplies to Serbia.

The ban on the import of crude oil from Russia to the European Union will come into effect six months after the introduction of the sixth package of sanctions.

Western countries began to impose new sanctions in response to Russia’s conduct of a special operation to protect the Donbass, the beginning of which was announced on February 24. Moscow explained that the tasks of the special operation include the demilitarization and denazification of Ukraine, the implementation of which is necessary to ensure the security of Russia. The decision was made against the backdrop of aggravation in the region as a result of shelling by the Ukrainian military.