VVD members reject the government’s course on nitrogen, but a lot of support for ‘threatened’ minister Van der Wal 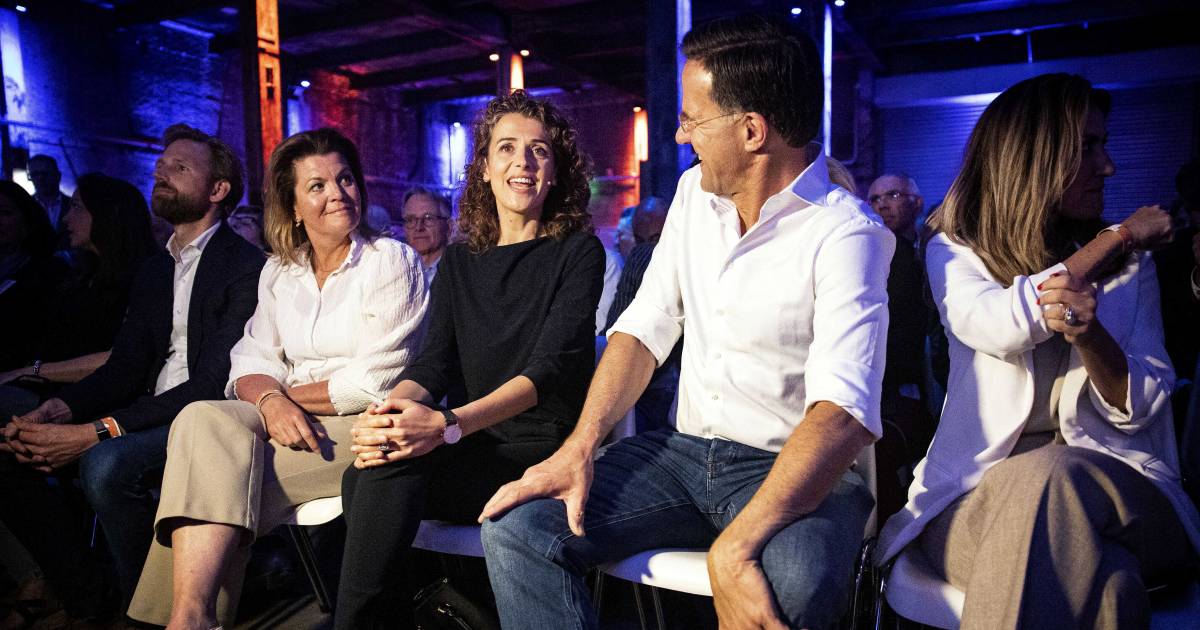 with videoThere is a revolt among VVD members about the government’s course when it comes to nitrogen. A narrow majority of members voted in favor of a motion that goes against the cabinet plans, because there are fears that many farmers will have to stop.

866 VVD members received a critical motion today, which goes against the course of the cabinet. In it they questioned the need for nitrogen policy, because the ‘obsolete’ models would not correspond with the ‘facts’. They argue that the focus should be less on agriculture and more on reduction through innovation.

It is not only internal criticism, which is rare within the VVD, it can also be regarded as a strong signal that a large part of the grassroots support base fears razing among the farmers and that this fear is widely supported. The vote was narrow: 51 percent were in favor of the motion, 49 against.

VVD leader Mark Rutte did not want to speak of a bomb under his policy afterwards. “The first outline of what the government thinks is sensible has only just been presented. We still have to work out the ‘how’. So we include this as well. But it is not the case that VVD members want the nitrogen plans completely off the table, that is not how I read that motion. We are only at the beginning of a process of a year.”

There is unrest in the provinces in particular, because local authorities have to implement the nitrogen plans. Farmers will have to move, change their business operations or, in the worst case, stop.

The minister is carrying out the D66 fantasy to halve the livestock. And there is no perspective

Initiator Willemien Meeuwissen said she had taken note of the nitrogen plans with ‘disbelief, anger and sadness’. “The minister is carrying out the D66 fantasy to halve the livestock. And there is no perspective.” Another VVD member from Limburg called the cabinet plans ‘a drama’. ,,The worst news for Limburg since the closure of the mines. With these plans, the cabinet is killing the sector.”

“If we force farmers to stop, we will be swept away by the BBB and JA21 in the States elections next year,” VVD member Hans Boxem also explained earlier. “Then the coalition parties in the Senate will be dead and the cabinet will fall in the summer of 2023.”

Now that the motion has been adopted, the plans of the cabinet are not immediately endangered, but it is a strong signal that there is criticism from the grassroots. Minister Christianne van der Wal (Nitrogen) also acknowledges this. ,,I have interpreted the discussion in such a way that we have to look for the right balance and that farmers should not be hit disproportionately hard. I can relate to that. And we have to keep working on that.”

VVD MP Thom van Kampen said he understood the concerns of VVD members, but advised (in vain) to reject the motion. “I understand that farmers are shocked. But this is a starting point. We need the farmers. But we also have to make up for 15 years of overdue maintenance. We don’t have much perspective to offer. But it is possible, although not everything is possible everywhere.”

Immediately angry farmers showed up at the home of the Minister of Nature and Nitrogen Christianne van der Wal, in Hierden, in the evening. She even spoke to them barefoot, although the farmers continued to press for her resignation. “I had a good conversation, heard you, received this, but now I’m going inside,” said Van der Wal. ,,My children are sitting there, shaking and now that’s enough. I find it becoming threatening now.”

Today Van der Wal says he finds it ‘unpleasant’ that the farmers were at her house yesterday. “We also had a good conversation. But your home is your home. I understand that our message to them was an unpleasant one, but I found this unpleasant.”

Earlier in the day there were also four tractors at the entrance of the congress building in Halfweg and some farmers handed out flyers about the ‘injustice’ that would be done to them. But the atmosphere remained calm.

The fact that the umpteenth minister has had activists on the doorstep at home – previously Rob Jetten, Sigrid Kaag and Hugo de Jonge – arouses anger among many politicians from various parties. “Stay away,” Kaag tweeted. ‘Unacceptable’, says Jesse Klaver. ‘Undermining for democracy’, said Esther Ouwehand (PvdD). Caroline van der Plas of the BoerBurgerBeweging (BBB) ​​also disapproves of the protest at Van der Wal. ‘Stop that. You do NOT visit people at home. No matter how angry you are.’

Farmers demonstrate at the congress

Rabbit keeper Theo Oonk from Asker (East Gelre) hopes that the VVD members will call their minister Van der Wal to a halt later on Saturday. That is why he is in Halfweg handing out pamphlets at the nitrogen trolley. A text on that trolley draws attention to ‘the crazy’ policy in The Hague. The trolley has been standing in front of the House of Representatives for months and also travels to all provincial houses. “The people there will have to implement the policy soon,” Oonk clarifies.

He speaks of a black page in Dutch history if the current plans are implemented. “You get a clear cut in the countryside.” The Muiden dairy farmer Frans-Jan ter Beek also thinks that the plans should definitely be shelved. “If the current plans are implemented, it will be the death knell for the agricultural sector.” That text is also on banners hung on the tractors, where Terbeek is standing with a number of colleagues.

The campaign is one of individual farmers, says the dairy farmer. “We deliberately kept it small. We are not here to clutter things up, but to support the authors of the motion. It’s about us and they stick their necks out for us.”