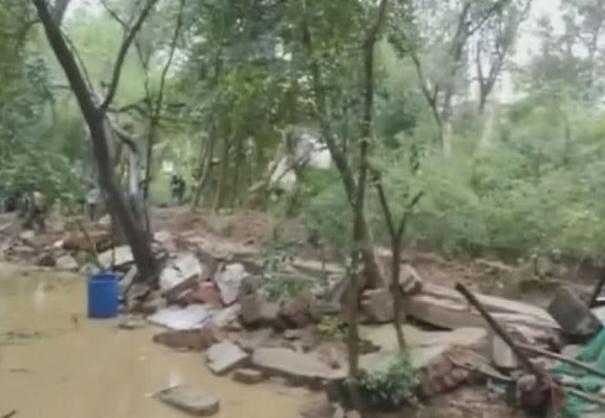 Lucknow: 9 people including 3 minors were killed when the perimeter wall of Dilkusha Cantonment collapsed due to heavy rain in Lucknow, Uttar Pradesh. Two people were seriously injured. The injured have been admitted to Lucknow Civil Hospital.

Shri Surya Pal, the district head, visited the spot in person. Regarding the incident, Joint Commissioner of Police Piyush Mordia said, “Some laborers were living in Dilkusha near the army quarters by building huts. However, due to heavy rain, the surrounding wall collapsed and fell on the huts. Nine people died. One person was rescued safely from the rubble of the building.”

Uttar Pradesh Chief Minister Yogi Adityanath has ordered a compensation of Rs 4 lakh to the families of those who died in the accident.

Record rainfall: A holiday has been declared for schools in Lucknow due to heavy rains. The Meteorological Department has issued an orange alert for the district. 155.2 mm of rain has fallen there in the last 24 hours. A month’s worth of rain falls in one day. Lucknow has received 197 mm of rain so far. As a result, many parts of the city are flooded.

Due to climate change, unseasonal rains and floods and landslides have become common all over the world.