War in the region, lack of energy and a unified vaccine.. the most prominent expectations of 2022 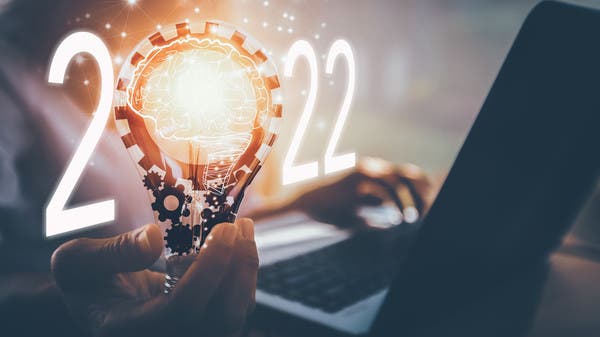 2021 was the year when rich countries began to extricate themselves from the Corona crisis, amid persistent challenges of undervaccination in most parts of the world and the alarming emergence of the Omicron variable, which led to a faltering international economy and high level of inflation and debt. And the Pandemic continues to attack and besiege the world.

Despite this, the enormous geopolitical problems that the world was grappling with before Corona did not disappear, from the escalating tensions between the West, China and Russia to the scarcity of international action to confront climate change.

According to the Atlantic Council, a prestigious international think tank, the 12 most important threats and opportunities in 2022 for the world have been identified from an American perspective at the request of the American security services, and they are as follows:

The lack of a Corona vaccine in developing countries is leading to the emergence of new types of mutations that are likely to be more contagious and deadly and harm the world economy.

The failure of the nuclear deal and the outbreak of war

The Council also expected the failure of Western efforts to revive the Iranian nuclear agreement and the possibility of Israel and America launching military action against nuclear facilities. However, it warned of a violent reaction by Iran, which could turn into a comprehensive battle affecting the Middle East.

One of the most prominent risks mentioned by the report is Russia’s attack on Ukraine in light of the military buildup between the two sides and the high level of tension.

The report also mentioned that one of the most prominent potential risks for the coming year is the stagnation of China’s economy, which will lead to global turmoil, despite all the fears of China’s rise, but its weakness may constitute the greatest danger. President Xi Jinping’s crackdown on the tech sector and now the real estate sector, which accounts for about 29 percent of the Chinese economy, highlights the fragility of the country’s economic system.

Lack of energy and lack of food

The concern is that energy shortages, demographic decline, declining growth and productivity, and debt may be signs of upcoming turmoil.

The report also stated that the collapse of Afghanistan is highly likely due to the humanitarian crisis, and America will suffer greatly from the consequences of this collapse.

He also expected that a barrel of oil would exceed $100 a barrel, and the world would fail to achieve its climate goals.

The research expected the outbreak of a cold war with China, but it is difficult and with devastating results, given the complexity of China’s economy and its connection with most countries of the world, unlike the Soviet Union.

The report also predicted that food insecurity in the world will increase, driven by COVID-19, climate change, and conflict, as more countries will slip out of their current fragile state and turn into failed states.

A global vaccine for Corona and standards for artificial intelligence

Regarding potential opportunities next year, the report expected that members of the World Trade Organization would make the necessary reforms, and also expected that researchers would develop a universal vaccine against all coronaviruses.

Global powers are collaborating on new standards and regulations for artificial intelligence. The report also pointed to the possibility of helping the United States avoid a crisis in Ukraine.

In addition to expecting a breakthrough between China and the United States, which is a slim possibility.

The report also predicted that the United States could launch an Asia-Pacific digital trade agreement, the United States, China and Russia could start cooperating in space, and there was little chance that Congress would strike an immigration reform deal.