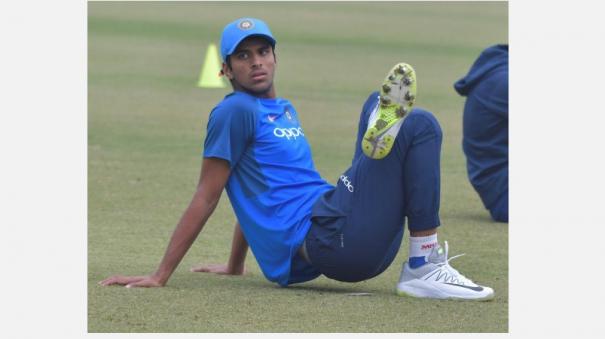 Mumbai: Indian all-rounder Washington Sundar has been ruled out of the series against Zimbabwe due to injury. The Indian Cricket Board has also announced a replacement for him.

He played for the Lancashire team in a county cricket series held recently in England. Then he got injured in the shoulder area. So Vashi missed the Zimbabwe series.

Earlier, Vashi missed the series against West Indies and Sri Lanka due to muscle cramps. He also missed the South African series due to corona infection. He also suffered from injury in the last IPL season.

Substitute player? – Shahbaz Ahmed, who played well for Royal Challengers Bangalore in the last IPL season, has been replaced by Washington Sundar in the Indian team. If he gets a chance in the playing eleven, he will take the field as a debutant.