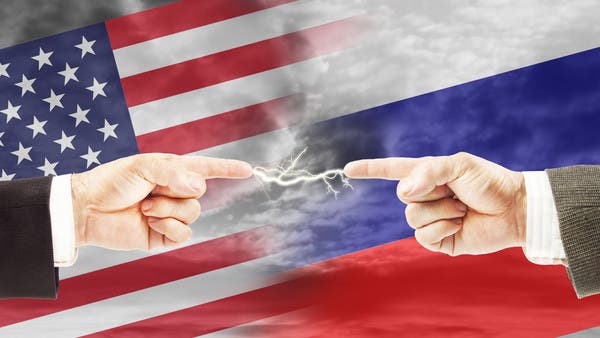 The United States has accused Russian President Vladimir Putin of using food as a weapon in the war between his country and Ukraine.

White House National Security Council spokesman John Kirby said the Russian president is using food as a weapon, noting that US President Joe Biden is considering options on how to get the grain out of Ukraine.

On the other hand, the United States stressed Lithuania, a member of the North Atlantic Treaty Organization (NATO), in the face of Russian threats, after Lithuania imposed restrictions on some goods passing to the Kalinin Grad region.

Was President of the Security Council Ro Si Nikolai Patrushev warned Lithuania, a member of the European Union and NATO, of serious consequences, and that retaliatory steps would be taken in the near future.

Lithuania restricts the passage of goods to the Russian enclave

Kaliningrad is under siege while Russia vows revenge, in a development of the Russian-Ukrainian war, which observers describe as melancholy, after Lithuania restricted the passage of goods, the most important of which are coal and minerals, to the Russian enclave of Kaliningrad by fifty percent.

The Kremlin described the move as provocative for violating Lithuania’s international legal obligations, in particular the 2002 joint statement of Russia and the European Union on transit between Kaliningrad and the rest of Russia.

Russian Kaliningrad had found itself isolated after the collapse of the Soviet Union, and became between the states of Lithuania and Poland on the Baltic Sea, and since 2012 Moscow had provided it with the Russian S-400 long-range missile defense system, and also sent Iskander missiles with nuclear warheads, and reports were reported that it might be closed Moscow, the Sualki Pass, represents the only road between Lithuania and Poland on the one hand, and Poland and Central Europe to reach the Baltic states. The Sualki Pass, in turn, connects Belarus, Russia’s ally, to Kaliyingrad, which observers expect Moscow to open.

Lithuania’s move, according to reports, may change the course of the war to go beyond the Ukrainian borders, especially with the so-called escalation of Poland, which recently concluded an agreement with the Ukrainian president that granted it great concessions in western Ukraine, an area that observers say has always been located in the circle of Poland’s old ambitions.

Returning to the field operations in Ukraine, the Russian army continued, on Tuesday, to strike the positions of the Ukrainian forces and military infrastructure, and to liberate the Donbass lands, as part of its military operation on the Ukrainian lands, while Kyiv continues to receive material support and military equipment from Western powers.

In the latest field developments, the Ukrainian army said that heavy fighting was taking place around the Bakhmut region in Donetsk.

The Russians “completely control” the town of Toshkivka, which is located on the front line in Donbass, eastern Ukraine, a few kilometers from Severodonetsk and Lyschansk, where the fighting is raging, Ukrainian local authorities announced on Tuesday.

“According to our information, the Russians have completely taken control of Toshkivka,” said Severodonetsk region leader Roman Vlasenko, noting that “pressure continues” on the front line where “the battle for Donbass is raging.”

Earlier, the Russian army inflicted “catastrophic destruction” in the city of Lyschansk, said the governor of the Lugansk region, Sergey Gaidai, on Tuesday. Gaidai spoke on “Telegram” about “battles (circle) in the industrial zone of Severodonetsk and catastrophic devastation in Lysekhansk,” noting that “the past twenty-four hours have been difficult” for the Ukrainian forces.

The Russian Defense Ministry also announced the destruction of 15 US-made “howitzers” in Ukraine, and the bombing of an air base near Odessa, in response to Ukraine’s targeting of a gas platform in Crimea.

The Russian army had announced the change of the properties of television broadcasting towers in the entire Kherson region, so that Russian television channels would be available free of charge in this region in southern Ukraine, which was controlled by Moscow. The Russian Defense Ministry said in a statement, “Experts of the Russian Armed Forces’ broadcasting units have changed the characteristics of the last of the seven towers in the Kherson region, so that Russian television channels can broadcast,” noting that about one million residents of the region can now watch these channels for free. .