Washington: The tanker “Safir” threatens disaster in the Red Sea 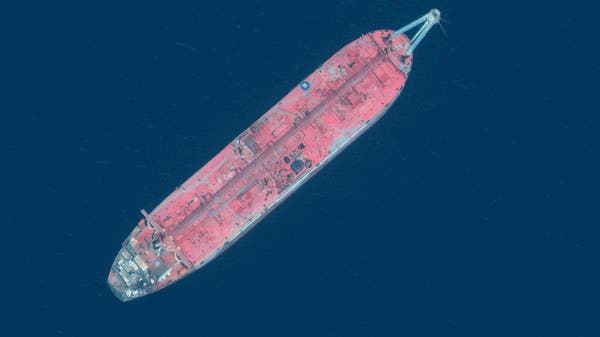 The United States of America renewed its warning of the catastrophic danger posed by the oil tanker “Safer”, which is threatened to collapse off the port of Ras Issa on the Red Sea, in western Yemen, with the Houthi militia continuing to refuse the arrival of a UN team to maintain and unload it.

The US special envoy to Yemen, Tim Lenderking, said that the Safer ship poses a serious economic and environmental threat on the Red Sea and beyond.

After his participation in a roundtable organized by (ChamberGlobal) with leading American companies interested in the plan coordinated by the United Nations to confront the risks of a major oil spill from the tanker “Safer”, Lenderking stressed that the international community and actors have an opportunity to avoid a catastrophic spill.

The US envoy also renewed the United States’ strong support for the efforts of the United Nations to deal with this threat, according to what the US State Department published on its Twitter page.

The United Nations postponed the visit of its team of experts more than once after the Houthis reneged on their pledges to allow the team to maintain and empty the floating tank to avoid an environmental disaster, while the Yemeni government accused the militias of using the tank as a “political blackmail” card.

David Gressly indicated that the plan prepared by the United Nations consists of two tracks: The first track includes the installation of a long-term replacement ship for the floating tank “Safer” during a target period of 18 months.

The tanker SAFER floating in the Red Sea

He explained that the second track includes the implementation of an emergency operation for a period of four months by a global marine rescue company in order to eliminate the direct threat of transporting oil from aboard “Safer” to a safe temporary ship. The two tankers will remain in place until the oil is transferred to a permanent replacement tanker, at which point the Safer will be towed to land to be sold for recycling.

The tanker “Safer” is a floating storage and unloading unit anchored off the western coast of Yemen, 60 km north of the port of Hodeidah, and is used to store and export oil coming from the Ma’rib oil fields.

Because the ship has not undergone maintenance work since 2015, the crude oil carried on board (1.148 million barrels) and its gases pose a serious threat to the region. The United Nations says this ship is a time bomb that could explode at any moment.