Washington: We are providing Ukraine with heavy weapons 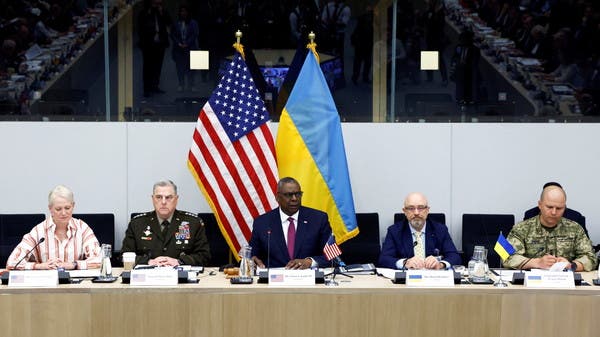 As the battles raged in eastern Ukraine between Russian and Ukrainian forces, US Defense Secretary Lloyd Austin confirmed that Kyiv had used the last military package in those battles.

Speaking at a press conference in Brussels today, Wednesday, on the sidelines of the NATO Defense Ministers’ Summit, he said that his country is working to provide Ukraine with heavy weapons.

He also indicated that supplying Ukraine with the previously announced HIMARS missiles would enhance its defense capability, stressing the commitment to continue providing support to it.

In the same context, the US Secretary of Defense said that he is grateful for all the efforts made to support Ukraine, pointing out that the seriousness of the situation there cannot be underestimated, accusing Russia of endangering the lives of civilians.

And Jens Stoltenberg, Secretary-General of NATO, said that the defense ministers of the military alliance, who will attend a two-day meeting starting today, Wednesday, will discuss boosting arms supplies to Ukraine, and the requests of Sweden and Finland to join the alliance.

“Allies are committed to continuing to provide the military equipment Ukraine needs to win, including heavy weapons and long-range missile systems,” Stoltenberg said.

He also added that the alliance would invite Ukrainian President Volodymyr Zelensky to speak at the Madrid Summit on June 29-30, either in person or via closed-circuit television.

The meeting comes less than two weeks before a summit of NATO leaders in Madrid, and with Kyiv appealing to the West to send more heavy weapons to help fend off Russia’s attack on the east of the country.

It is noteworthy that any arms supplies to Ukraine cannot arrive soon to prevent Russia’s control of the Donbass industrial region in the east of the country.

Over the past weeks, Kyiv has repeatedly demanded from allies long-range systems, including the Multiple Launch Rocket System (MLRS) that can launch a barrage of missiles hundreds of miles away, in the hope of changing the course of the fighting that has been going on with the Russians since February 24.